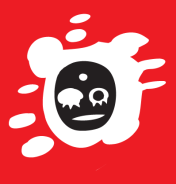 This film, if you haven't bothered to read the synopsis, takes a intersting spin on the long-running tales of the "gentleman thief" Arsène Lupin III. The OVA shows a world where Lupin III impostors are running amok and stealing in the place of the real Lupin III, whose whereabouts are unknown (probably relaxing somewhere). The main character is a pick-pocket thief who works in a ramen shop named Yasuo. One day an old man who visits the shop leaves a green jacket behind without touching his ramen. Yasuo dons the jacket and becomes a Lupin III impostor, hoping to become the real Lupin III. Unfortunately for Yasuo, the real Lupin III appears and the two must fight for the title of the true Lupin by stealing the Ice Cube: A "diamond" that is sealed deep within the Night Hawk tower, the tower of an organization that seems too shady to be gurading a simple diamond.

If that description sounded somewhat coherent, it's because I read a synopsis of it.

I'll start with the technicals. The animation is really good TV quality. Like it's supposed to be.  The settings are well detailed and the character outfits are true to the original cast of characters and are well represented. The newly added characters are simple in design but unique in dress, reflecting their personalities well. The motion isn't high-class movie fluid but more like really good TV fluid. Personally I think the animation could have been better, but at the same time to make this film beautiful would have been a waste.

The sound matches with the story. All of the current voice actors in Lupin III are casted, keeping in touch with the classic characters. The rest of the VA's are casted well, but there's a part where they casted a native english speaker and he wasn't a very good voice actor at all (probably pulled him off the street). The music isn't really remarkable save the few classic Lupin themes but accompanies the picture well and sets the mood correctly.

The characters could have been done better. The story doesn't revolve around the classic cast, but doesn't really go in depth with the movie characters. Actually, none the characters are really given any depth, but are interesting. The most interesting characters to me were Yasuo, the one of the two escapes Lupin impostors, and surprisingly Zenigata. It was really interesting to see how a classic detective who believes in the "old ways" copes with the drastic changes in Japan since he had been there. Other than that is not really worth mentioning.

The plot is incredibly jumbled. The movie tries to take a "clever" approach to plot exposition by making the timeline nonlinear and resorting to flashbacks to fill in the spaces (similar to Baccano or Durarara). This approach was not executed well. For example, when Yasuo becomes Lupin III. It involves two scenes, Yasuo getting the jacket and Yasuo facing off with the real Lupin. It takes the first scene and play half of it, up until the the old man leaves the ramen shop. It then skips around to Yasuo in a car chase with "Jigen" after saving Logan, when Jigen turns out to be Lupin III in disguise. It then cuts back to the scene before and shows Yasuo getting the jacket. It's very hard to explain without jumbling it up myself. Even so the film manages to wrap things up successfully but it feels very uncomfortable. It's almost as if the plot was orginally in a linear format, but then then the director or writer felt it wasn't interesting or "new" enough so they shuffled the plot points and hoped for the best.

Another awkward thing about the story was the "real" or "gritty" feel it tried to pull off. I think that the characters trying to cope with real-life issues would have been interesting, but the film doesn't really do that. It just tries to mix Lupin-Reality and reality. It sounds weird, but bear with me. The film tries (word of the day is trying) to be real with Yasuo dealing with his friends and family, and his dull and/or meaningless life. The film also adds in the Night Hawk company, portraying government corruption in modern society. All of these things make sense in the real world. When the film establishes that it's trying to be real with the audience it adds in stuff like a mind reading machine and giant robots. Things that would make sense if it were an honest-to-God Lupin movie, but because it tries to be real all those things are just awkward, especially the giant robot. Seriously, why the hell did they need a giant robot? It came out of nowhere. Also, the movie really could have done without the development of the Night Hawk company. The Night Hawk thing wasn't enough to even be a subplot. It would have been interesting, but it ends up being pointless.

Somehow, this movie doesn't seem bad. It's weird to watch and uncomfortable to think about, but isn't bad. I'm assuming the movie is non-canon, but it's probably an homage to the passing of the Lupin III role between voice actors. It even has one of the characters named after Lupin's second voice actor, Yamada Yasuo, who passed it on to Kurita Kanichi. I wouldn't recommend going out of your way to watch this film, but if you're bored and want to have something to speculate about or if you're a Lupin III fan, I would recommend this movie. It isn't amazing as it could have been, but is altogether enjoyable.