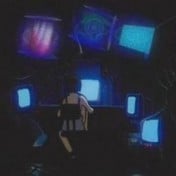 ABSOLUTE FAVORITES~! (order subject to change, and only series I completed) (last updated 4-14-08)

Earth Maiden Arjuna - Arjuna is everything. Not only my favorite, but probably the best anime ever. If you ever want to hear what I have to say, go watch this show.

ef ~a tale of memories~ - Everything I wanted. There are shows on my list that I call 'perfect' and those that have spiritual importance to me, and this one borrows a bit of both worlds. Took my favorite staff and pushed them to the max, took my favorite concept and pushed it to the max and virtually reinvented a genre. It's the show that made me become a director and the show that blew me away more than anything I'd ever seen. Ultimately, it might just be the culmination of too many of my personal preferences.

Eureka Seven - The ultimate coming of age tale in my opinion. Entertaining from start to finish and one of the few shows to really get everything done in terms of character and plot development. It was well thought-out and well executed with an unforgettable couple of main characters. It may not be the king of it's craft, but like ef, it appeals to me in a number of ways.

Martian Successor Nadesico - 'You Get to Burning' really summarizes it all well. It's the soul of a dreamer in the right context. It's a show that really stands up to it's belief in being itself. For the size of it's cast, all the characters are amazing. One of the series I'd consider 'perfect'.

Serial Experiments Lain - For being what it is, truly take-no-prisoners psychedelic madness. It's the show I want to watch again and again just to wank off my brain - all that beautiful subtlety and amazing storytelling. Pushes the medium to it's boundaries of comprehension and advanced storytelling. Also, Lain is my waifu.

Baccano! - Badass on the grandest scale of being badass. It will never leave my top 5 as long as it remains the most badass thing I have ever seen. Every ounce of it is an indestructible as it's cast.

Dennou Coil - Fucking brilliant. This is the culmination of all good things in anime, it’s what happens when animation, art, sound, and directing all synch beautifully and are at there best. I could say the same for some other shows on this list, but none match the awesome of Dennou Coil’s characters, story, and world.

NHK ni Yokusou - A show for the times. I'll always remember it for introducing me to the most true-to-life human analysis around. A premonition, a curse, but also makes you want to change the world. I can't help but feel like for all the powerfully strong shows I need, the powerfully weak ones only pour fuel on the fire.

NANA - NHK with a fourth of the humour and 4 times the menstrual cycle.

Hidamari Sketch - Absolutely timeless fun. An episode is fine at any time.

FLCL - It's not just the coming of age tale, but so much more. There isn't any dream being followed, no manly passion, it's the complex emotion of a preteen in conflict with childhood and adulthood. The Pillows and GAINAX together create sort of a youth's anthem. Hybrid Rainbow is really a summary of growing up.

Iriya no Sora, UFO no Natsu - It's heart-crushing, but not as much as other shows. Mostly, it just brings out the most emo part of me.

Gankutsuou ~Le Compte de Monte Cristo~ - It's all about the gothic story, the groundbreaking animation and insane suspense. I like drama, and this is thus far the best I've come across.

Haruhi Suzumiya no Yuutsu - Kind of the ultimate sci-fi/fantasy/otaku dream show. High energy, charisma, and fun will get you everywhere, especially when you can back it up with a plot that lends itself to more deepness than it contains. Haruhi's character speaks to a part of me.

Shin Seiki Evangelion - Everyone's bridge anime including my own. Doesn't stand up to having seen a lot more, but never stops standing out as a great show and at some time it really meant something to me. To be able to have that effect gets it's ranking.

Mai-HiME - Impact is the word here. A show that got you attached to it's characters and then put them in emotionally effecting situations. It's far from original, but it's the best of it's kind. It's willingness to accept the wacky gains mega bonus points.

Gakuen Utopia Manabi Straight - Shows that the soul of a fighter is in everyone. This show is serious business and ultimately this is the most ferociously focused and forward-moving show around. I can't wait to rewatch it because I think I'll end up liking it even more every time. This here is favorite show material - I'd almost call it the most important show I've ever seen.

Haibane Renmei - Humble and beautiful. I got sucked into the world - it's a show I think I could watch forever and appreciate. It's just a little less relaxing than slice-of-life and that's about where I wanted it.

Spice and Wolf - It's simply fun. This is the kind of fantasy I enjoy, where you really get pulled into the world and the characters much like Haibane Renmei. Economics are awesome, and Horo is amazing.

Kamichu! - Relaxing and just fun. It really is the ultimate family show (seriously, watch this with your little brothers and sisters or kids if you have them). Combines the unique, the cool, and the cute well enough to be unforgettable. So far, my favorite slice-of-life.

Revolutionary Girl Utena - What amazes me about Utena is that it can be cheesy, totally formulaic, repeat itself, waste time, and do it all with such utter skill and awesome that I don’t even mind it. That’s what makes the show endearing - while you know what to expect from each episode in that season (a bunch of duels and random Nanami adventures) you still want to see how they’re going to portray it. I also think that the formulaic nature of the series is what strengthened the final saga in a lot of ways. At that point, the plot is all coming together, but it keeps you in total suspense and only reveals it’s hand at the very last minute. There was really no way to predict how it was going to end.

Kino no Tabi - This is an anime for relaxation, reflection, and deep thoughts. This is the kind of anime that makes you think, but keeps you entertained without overdoing it. I find it to be increadibly humble at all times and has an air of realism that you just don’t see in dramatic stories. Kino is a great character, and her dynamic with Hermes is always fun. This is one of the rare shows that plays well on all sides of the field. The calmer episodes are all done well, and the fighting scenes are equally great. Almost every episode catches you off-guard at some point with some kind of unexpected twist - some more expected, but others that make you full of shock and surprise. The last 2 episodes are some of the most heavy-hitting I think I’ve ever seen.

Black Lagoon - What really struck me in this show was all the philosophical and existential babble. It's a show that makes you think and puts you in a certain emotional position, which I'm always fond of in a show. Darkness is certainly my forte when portrayed correctly, and this show was up my alley, so to speak. It gets me fantasizing, ya know, and wondering if a place like Roanapur does exist, and whether life could be so fun. I have real thing for fucked-up people but I've never had the chance to truly become one - I'm like a fledgling or something, or the kind of guy who writes these shows about the fucked up people he admires where we spew philosophies that we think summarize the world when it's really as much of a fantasy to us as anyone.

Ichigo Mashimaro - This show is just downright cute. It's obscure enough to make it not quite like anything you've seen before, but familiar enough that it's warm to the heart. The characters are all memorable and work expertly together. it really stands out in my memory as one of the most warmhearted shows around.

Gunslinger Girl - I like the manga more simply for being longer, but cannot deny the anime's merits. I never thought of it as cruel, just as a realistic depiction of a certain situation which I found engrossing. The writing is the key here.

Kanon 2006 - Honestly, I need to rewatch it, because I can barely remember a lot of it, but even with all the silly moeblob, it's still a fun show.

Le Portrait de Petit Cossette - Shinbo really just having fun. It's all about the insane directing.

Samurai X Trust and Betrayal - No matter how you look at it, this is just a damn good anime. It's got a story that's surprisingly deep for just 4 episodes, and despite the general lack of speach by either of them, I grew attached to Tomoe and Kenshin.

Candy Boy - It was what I needed. I can't say anything has been this gripping in this short a time for me. I drop a lot of shows for being dramatic before giving me a chance to care about the characters. In 7 minutes, I was drawn in to the melodrama like it was a black hole.

Read or Die - 9 --- Some of the coolest fights and awesome combinations of stylistic music and animation. The concept is just plain brilliant.

King of Bandit Jing: Jing in Seventh Heaven --- I've been a Jing fan almost as long as i've been an anime fan, and this was the one that finally captured the spirit of the manga to an extent in the adaption of what was always my favorite volume. Yuuichi Kumakura's mind is just fucking insane.

Princess Mononoke --- One of the very very few fantasy stories I can actually tolerate. I think the overall portrayal of events is where he awesome springs from.

X the Movie --- It's probably been way too long since I've seen this but it introduced me to the more psychological side of anime. It's dark and wonderful.

OTHER GOODIES: Akira, Blood: The Last Vampire, Cowboy Bebop Knockin on Heaven's Door, KARAS the Prophesy, Nausicaa of the Valley of the Wind, Voices of a Distant Star, Spriggan

I'm an uber otaku with a chip on his shoulder, obsessd with all things 'unique' and live to recommend things to people. It is my ideal to share things that move me with other people and hopefully find them to be moved as well. I am currently a director, working to become a big name. My currently running project is a series of sketch comedy movies called Project Awesomeness currently airing on youtube.

My biggest role model is Akiyuki Shinbo (ef, The Soultaker, Sayonara Zetsubou Sensei, Hidamari Sketch, etc.) and I spend a lot of time on the internet. I don't consider school importnt and I will go to a directorial college very soon. 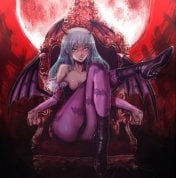 Your review on Ninja Resurrection and Kai Doh Maru literally made me laugh out loud.  I now plan to never watch either.  Thanks! :-)

digitalboy! you'll be happy to hear that i'm almost (finally) finished purplemo's lists off! so i'm going to attack you next like i said i would! XD great old fun 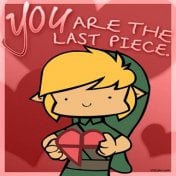 Hey, long time no talk. So, a friend of mine and I marathoned all 25 episodes of Code Geass and the first episode of the second season. Best anime ever, agreed? Am I right? 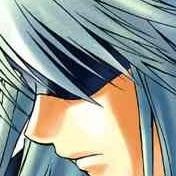 Sup man just wanted to say you rock!! lol and also you have some awsome love animes wanna recommend any and oh ya i made Otaku to Awsome!!!!