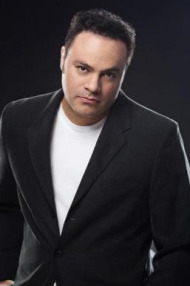 Illich GUARDIOLA is best known for voice acting Kotarou KATSURA from Gintama: Shinyaku Benizakura-hen, Takamatsu from Angel Beats! Stairway to Heaven, Yusuke YOSHINO from Clannad, and Masaru KATO from GANTZ.
I this person

Unlike the other two, I'm not going to knock him down. I know about the accusations (which were false, the case was dropped), the harrassing phone calls, plus the fact he himself says he made a mistake in who he fell in love with and married. If you don't actually know everything involved, don't judge. Overall Illich is a great actor, supporter of the arts, and even an activist for equality. At least give credit where credit is due.

People like him make this world hard to live in.

This pedophilic scumbag should have been arrested for his crimes that he did, marrying an underage student of his?? How would you feel if you had a 16 year old girl in school and you found out her 40 something year old teacher was saying he wanted to marry her?