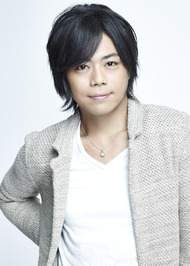 I'm sure he's a nice guy and hate that I had to mark him as "hated" (can we get a different terminology for listing people we don't like on this site?) but no other voice in anime has ever filled me with such... strong annoyance and dislike. I absolutely hate his voice. I even dislike nearly all the characters he's voiced, and I feel bad that a few of them might just be because they share his voice.

I would probably be fine if he wasn't an A-list voice actor and thus I only heard his voice a few times, but since he is A-list I've heard his voice in soooo many things, and I never want to hear it again. I realize it's an unpopular opinion and most people think he's a great voice actor (even his acting part of the job irks me), but I've never felt such dislike for someone's voice before.