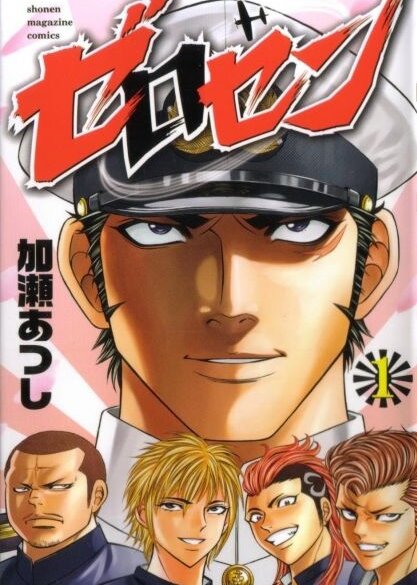 Teaching, Mako thought, would be a walk in the park. With no overtime and long winter and summer vacations, she’d be able to easily save money for the day that she could retire – or so she thought. For Mako has been assigned to the worst of the worst, class 2-D of Ushi High, a group comprised solely of delinquents! In addition to having to tame these unruly boys Mako finds herself with another task as well – to become the new coach for the rugby team, at her principal’s request. Can Mako convince her boys to fight on the playfield instead of brawling in the streets?

What is Seiichirou Kitano, a boy with the heart of an angel and the face of a devil, supposed to do when he starts his new life as a first year high school student? Accidently defeat the school "guardian" and become the most famous and feared gang leader in the town, of course! With his "henchmen" Kuroda and Takehisa in tow, Kitano turns a simple act of good will into an all-out war with Hakuun High!

Tenth grader Eisaku Yazawa dreams of being a badass gang leader, but unfortunately for him he's also short and cowardly, bluffing his way out of any difficult situation. Things take a turn for the worse when Eisaku tells off Naoiki Aizawa, the leader of a major gang at his school. Aizawa is NOT one to just talk, he acts; and now he has just one thing in mind... making sure Yazawa ends up in a box! Desperately, Yazawa tries to solve the situation while staying alive and still looking cool, but everything he does just makes things worse!

Konoha Gakuen is a prestigious school whose students excel in both academics and sports. However, the institution's quiet reputation is turned upside down with the arrival of Naruto, a new transfer student whose ambition is to become the gang leader of Japan! After frequently battling with rival delinquents, Naruto manages to fight his way through the ranks of the academy. However, there's still one person left for him to beat – his bitter rival, Sasuke.

Thanks to Washu, the universe has been thrown into chaos and it’s up to Tenchi to clean up the mess. But to do so he’s going undercover as a teacher—at an all-girl’s school! What awaits him beyond the attention of cute girls at this not-so-ordinary school? And will he be able to balance timelines and trouble that come with this latest adventure?