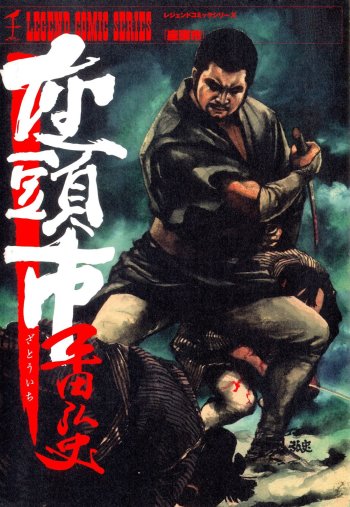 This manga follows the unfortunate life on an extraordinary swordsman - Inoko Gennosuke. Gennosuke was born in a social group called 'buraku' that was considered to be the filth of society, and because of that he was forced to live a life of misery.

Taichi and his little brother Souji are orphaned beggars, struggling to have enough to eat. One day Taichi decides they need to become samurai and join the company of fighters popularly known as the "Crows". Even finding this group, however, is proving to be dangerous a goal for them.

It is currently the Taiheimeji Era. It is a reign ruled by the Tokugawa shogunate. Inside this shogunate, there is a group of warriors that support the government. They are the Manyuu Clan. In this current era, breasts mean everything. If you have breasts, you are guaranteed wealth and popularity. If you lack them, you are rarely considered "human". Members of the Manyuu Clan help raise the future big breasts. Written on a secret scroll possessed by the clan, there is said to be various techniques on how to grow big and beautiful breasts. Chifusa is to be successor of the clan. However, she takes the secret scroll and runs away with it, hoping to fight against the cruel world that the Manyuu Clan has created.

Kimura Shigenari, a real-life samurai serves Toyotomi Hideyori. Kimura fights in the Siege of Osaka in 1615, but is hit with a mysterious light. He wakes up in a land ruled by England's legendary King Arthur.

After consecutively winning 60 martial arts duels, Miyamoto Musashi wrote "The Book of Five Rings." His philosophical guide to all fields of martial arts is now adapted into comic format!

Wandering traveller Kurotsuki Yukiji goes from town to town enjoying the women, food, and culture each has to offer. He is the master of the Kurotsuki style martial art where instead of using brute force, it uses the aiki form where you use the opponent's strength and manipulate their force against them. It focuses on settling the conflict without hurting both sides and harnessing the "bladeless soul." Yukiji is travelling to perfect this style and trouble usually finds him despite his peace-loving nature.