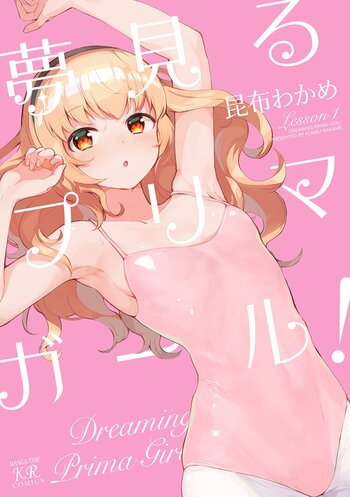 Will Kaname's destiny as ballerina change?Because she wished to become a great ballerina, Kaname followed Miki-sama and entered in the prestigious ballet of her school. Kaname will secretly develop her talent as ballerina there.

A girl who, despite her boyish appearance, is secretly in love with ballet dancing...

Tori no You ni Toberu Made

With no memories, except for a sense of overwhelming coldness, she awakens in a bed to two strange men keeping care of her, but unable to understand her.

Keimi is a student at a ballet school. Her sister Chiharu is a famous prima ballerina whose grace shows in every move and expression. How does it feel to be compared to a sister like this? In fact, the girl is very talented. She doesn't practice nearly as much as her classmates, yet her performance is always superb. She dances without any pretension because she has no knowledge of her gift...

It's a story about a French ballet dancer and "Blue Bird" here refers to the blue bird in the ballet "Sleeping Beauty".

Suzune gives up her goal of becoming a prima ballerina. When her father is injured, she takes his place as a teacher of a ballet class. But all of her students are handsome young men!

Erika and her twin sister Sayuri got separated when their parents divorced. They look identical, and both grew up to love ballet and became promising dancers, but can a girl love only ballet in her life? And how their identical look will reflect on their private lifes?

Late into the school year, Sudo Kumi transfers into Shinohara Yuki’s class. Kumi is androgynous and considered unattractive; so much so that people mistake her for a boy. She comes from an incredibly poor family with an abusive drunk father and the only thing she looks forward to is learning ballet from her mean aunt. On the other hand, Yuki lives in a very loving family where she started learning ballet at a young age from her mother who runs a class at the studio. Yuki notices that Kumi does ballet from the way she walks, her posture and flexibility, but with Kumi being introverted, she doesn’t get a chance to communicate with her. But little do they know, they will influence each other to make life changing decisions.