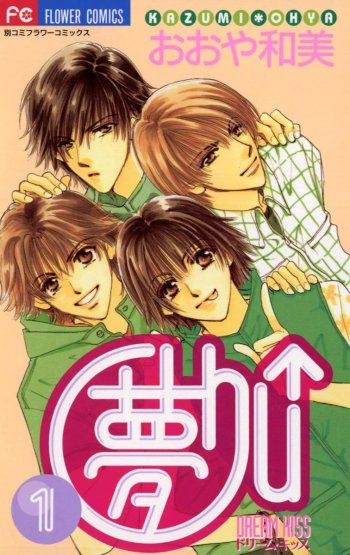 In present day New York a group of talented people are rehearsing the latest Broadway show -- but behind the scenes, a young girl named Tsukushi does the dirty work, cleaning the floors in the building. Though poor in monetary terms, she is rich in spirit, with her only dream being to one day become a star and dance in the spotlight. In her spare time, and on her way home, she practices diligently to make her body perform according to her wishes, hoping to someday get her big break. But does she have have what it takes, let alone the guts and confidence, to be a performer?

After a successful audition, high school student Kotono Nagase and her best friend move into a dorm with eight other aspiring idols. They quickly realize it takes more than cute choreography and cute outfits to reach the top—it will take blood, sweat, and tears to advance in the idol-ranking Venus Program, where the top spot was once almost held by Kotono’s older sister, superstar Mana Nagase.

Aqours reigned over all in Love Live, the last time they would be representing Uranohoshi Girls’ High School. Now, the first and second-year students are preparing for life at their new school–only to face a litany of unexpected trouble! Most alarming of all, the third-year students have set off on a graduation trip–only to have gone missing! As the group’s members drift apart, they quickly realize just how much they mean to each other. What will Aqours do to compel themselves to take the next step forward?