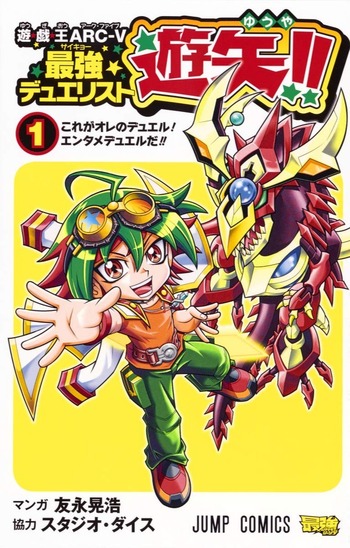 If you're looking for manga similar to Yu-Gi-Oh! Arc-V: Saikyou Duelist Yuuya, you might like these titles.

"Greatful Magic" a widely popular card game in the world. In Japan is "Greatful Magic" youngest champion is Narashi Hiro. One day when he was challenged by a runner up, he met with Nikke who promised he would tell him the location of his missing father....

Popular Paltube personality Yuga Mikado is really good at games— even the ones he’s never played before—that he’s earned the nickname “Ace of Games”! Encouraged by his best friend and fellow Paltuber Ranma, he decides to give the Buddyfight game a shot, and lands himself the ultimate buddy, Gargantua Dragon! A new adventure begins for the Ace of Games and Deity of Combat!

Shouma, a new kid who moved to Tokyo with his sister, learns how to make friends through Dueling and creating Structure Decks.