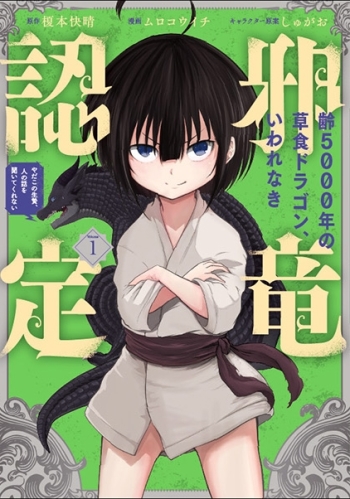 The humor comes from Reiko believing that a certain peace-loving, vegan dragon is the great Jaryuu and that the magical powers that have awakened within fem are a result of becoming Jaryuu's kin. Fe continues to believe this despite all the facts pointing to Jaryuu being weak and pathetic. Reiko is in fact much more evil than Jaryuu ever could be, seemingly having no qualms with mass destruction. As the two of them travel together, Jaryuu makes use of Reiko's devotion to try to prevent fem from going on a murderous rampage, but Reiko will often misunderstand Jaryuu's mundane words and actions as having hidden evil undertones and cause some havoc (thinking that's what fe wants). Reiko will also proudly proclaim Jaryuu's name wherever they go, which leads to Jaryuu becoming even more infamous (largely because of Reiko's actions). Reiko truly is ridiculously powerful. I don't really care for the conclusion, with the whole "fear of Jaryuu" thing.