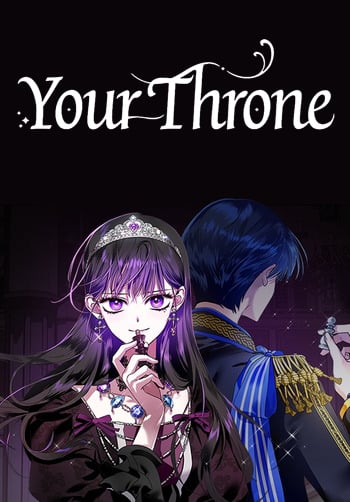 both mc finds their selves in the shoes of another person/ character, assuming the role of  a villain they struggle in order to survive. With them having to act as another person, a new perspective opens up as the story progress. For Your Throne the mc opens up the perspective of your typical main lead (being the chosen one/ holy , fiance of a prince) while the other will show how a villain is - being hated.

Both stories adopt a dark tone when female MCs take on the role of villainess to rise victorious in the battle for the throne.

-Both were given "villainess" circumstances in life and struggle to surpass the life given to them.

-Both MC's are super strong

The Way to Keep an Older Brother of the Heroine Safe

I accidentally took possession of someone in a 19+ reverse harem novel. The problem is that I became Roxana Agriche, the older sister of the sub-villain. My damn father kidnapped the heroine's brother. Now, is the only thing left to meet a terrible end from the vengeance of the heroine? But what if I can avoid that horrible development? “I'm also interested in this toy.” "I'll protect you until you can get out of here safely." The heroine's brother, Cassis Pedalian, will definitely be able to pay me back later.

Both MCs are cruel, calculating, and intelligent. Their enemies are powerful and their families are psychotic, pushing them to be twisted themselves.

They are fighting with their lives on the line, and will not hesitate to do whatever it takes to come out on top.

A big similarity is the twisted families and the grim situations of the webtoons. Both have protagonists that are cunning and in the grey area for "evil". Both are "evil" out of necessity. Both have a lot of schemes going on. Both have a healthy dose of blood spilling every once in a while.

Summary: Both are dark and suspenseful, with cunning FLs, which make them both intense reads.

Extremely strong female main characters, calculating, and ruthless. They both have bad dad's too

These two manwhas have very strong, dominating female characters and are also very female-oriented, which not only makes the two similar but also really good reads.

Both female MCs are caught in the viciousness of succession war and does whatever it takes to survive the power struggle and claim the throne.

Both MCs are ruthless strategists, vying for political power. Your Throne is the more cold-blooded of the two. The Villainess Lives Again has more romance (though it's subtle) and emotional support, while the intrigue in Your Throne is non-stop.

The Knight and Her Emperor

The talented but overlooked knight Pollyanna comes face to face with an ambitious king who finally acknowledges her worth. "I like hard workers, because I am one," Luxos II declares, as he shares his dream of unifying the continent. Moved by his vision Pollyanna vows to fight in his honor, and together the two set out to build a grand empire. But what happens when the young king slowly realizes, battle after battle, that this stalwart knight has conquered his heart?

Both have absolutly kickass female leads. They both are intelligent and they're stories aren't centered around a man

The Rebirth of a Tyrannical Empress

After downing one too many glasses of wine one night, Songha wakes up inside the world of her favorite novel as Empress Yulia. But being given the reins to an empire isn’t as exciting as it seems—the tyrannical Yulia will soon meet a bloody fate at the hands of the captain of her personal guards, Justo. Songha must think of a way to reverse the events that lead up to the coup d'état, which will take place in just three days. She chooses to use warmth and benevolence to reach out to a group of loyal subjects Yulia exiled, but will her strategy be enough to win back the people’s trust? Or will the empress’s sudden change in behavior raise even more suspicion among the rebels?

Both MCs are brilliant with a sword, and capable strategists. Yulia is not so cold-blooded as Medea, but she still carries herself with a strong sense of nobility. Both face political enemies that threaten their survival and are up to the challenge.

I Tamed a Tyrant and Ran Away

Medea and Charlize are both terrifyingly brilliant and cold-blooded. Dylan, in ITATARA, is as well. Both stories center around destroying powerful political enemies using intelligence and strength.

Instead of a classic villainess-love story plot it's completely different!

Don't expect some cliche story! These are truly masterpieces!

I reincarnated in a novel inside the body of a villainess named Eris who poisoned herself when her fiancé, the prince, married her childhood friend, the maid Helena. From the moment I realized this, I had only one goal. Escape from the world in this novel.

Both FLs (Medea in YT and "Eris" in KTV) have the same vibes - quite cunning and would do anything to achieve their goal, and are perceived as villains in their world -, but "Kill the Villainess" has a slightly more moral and caring FL. Both have very naive "white lotuses", Psyche in YT and Helena in KTV, that the readers were conditioned to hate at first but then turned out to really be a person with pure intentions, though "Your Throne" has a far more developed and likeable one. In fact, I'd say Psyche is the FL alongside Medea. Anyway, it's mostly the similarities between Medea and "Eris", the mature air of both webtoons, and the great subversion of tropes in both webtoons that make me recommend them for each other.