Your lie in April: Coda - Recommendations 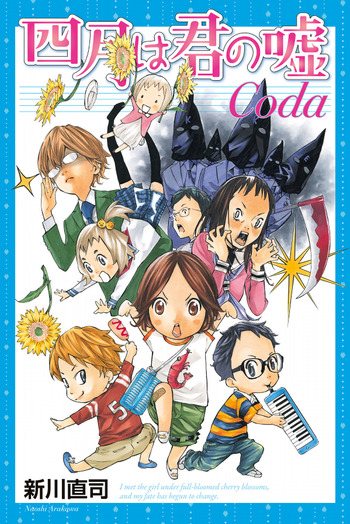 If you're looking for anime similar to Your lie in April: Coda, you might like these titles.

Based on the all-female Japanese rock band from Osaka.

Second season of Tsukipro the Animation.

The official music video for Nexus from the album ClariS -Single Best 1st-, by ClariS.

BanG Dream! We Had Some Fun!

With the success of Poppin'Party at Space, the girls head to the beach for some fun and time off! They enjoy their time in the sun while swimming, playing volleyball, and of course a performance for fellow beachgoers!