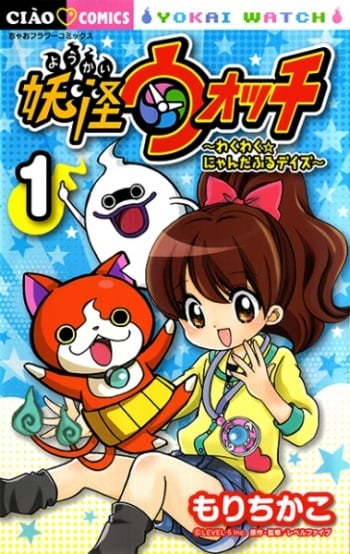 If you're looking for manga similar to Youkai Watch: Wakuwaku Nyanderful Days, you might like these titles.

Arata Miyako isa new government worker assigned to the Shinjuku Ward Office's "Nighttime Regional Relations" department. Each of Tokyo's 23 wards has one such department, which were established to solve paranormal and occult-related events. Arata can understand non-human speech that no one else understands, and he encounters a youkai (supernatural entity) at Shinjuku Gyoen park that calls him Abe no Seimei — the name of a historical Japanese occultist and diviner.

Where else would a girl with the power to translate any tome she sets in her lap reside except a library? Sure, some books may be more dangerous than others, but that's far from discouragement for a true bibliophile like Kosuzu Motoori!

A world where youkai and humans live side-by-side in a mountain town.