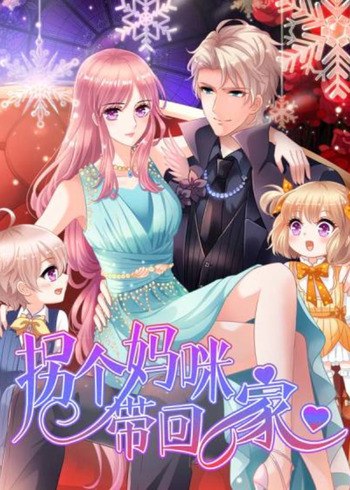 Hate You, Love You

Lance has been in love with his best friend Danny, since they were kids. However, something from his childhood looms over Danny's heart, preventing him from finding love with boys. They say that you can't wake a person who's pretending to sleep, but with the help of his best girl friend, will Lance be able to open Danny's eyes and live happily ever after?

This city is awfully big. Although we may not know each other, we may have brushed past each other on the road at some point. Perhaps we share a love of reading the same book and listening to the same song, or perhaps we’ll talk about love with an expiration date of one day. But on this day, we saw each other’s true selves, and that will forever be engraved on our live

Drugged by her own sister for money, Xiaomo didn’t know what was happening when she woke with a gorgeous but domineering man in her bed. She ran and ran but she would soon discover he was their nation’s prince?! What’s worse, she’s pregnant with his child…can the two live happily ever after?

In both manga, a woman becomes pregnant with a man she does not know. They give birth to twins but ignore it. One of the twins lives with the mother and the other with the father. Children meet and discover their bond before parents

A Chance to Cherish

Suffering from terminal disease, the unknown actress Lin Xia who starts her career is at the same time abandoned by her boyfriend. When she finally gives in to the man who is with supreme power and money out of helplessness, the man replies with his eyes half-closed, “I never do good deeds unless you devote yourself to me!” Looking at her angry back, the man puts on a triumphant smile; he will not only donate his bone marrow to her, but also himself!

Captured Willingly By You

Dressed in luxurious wedding dress and full of longing to welcome her happy marriage... but she did not realize that the wedding night is the beginning of her nightmare. A stranger man took her virginity, and she became the wife of others inexplicably. She can only be passively imprisoned in a strange country without a passport and ID card.

In early summer, an innocent girl was born as brightly as a summer day. The sun in her heart had long since forgotten. And a cold heart has been waiting for years to melt only for her. Can fate forge between them now? Can two hearts that are no longer familiar to each other be together again? The early summer scenery from today begins, to sweeten you and me.

I grew up with a crazy crush on the boy next door, but he moved away and I never heard from him. Unexpectedly, one day we actually met again at the university, and he became my teacher? How should I catch him in my heart?

The Rest of My Life With You

After losing his wife Yusheng, Heling was utterly devastated. But somehow he found a girl who is a mirror image of Yusheng, but has the memories of someone named Wenning. Even worse, some guy who claims to be her childhood sweetheart hangs out around her everyday nonstop! How will Heling find his way back into her memories again? And how will he find the girl he loved before?

They are three best friends growing up together, but have three different lives perspectively. It's a tangled and cheesy love triangle. Three years ago, someone framed her and made her vanish from sight. Three years later, when they met again, he still hated her. It took her three full years to forget him, but she still couldn't give up her desire to see him. She planned to see him for one last time, but an unexpected conspiracy was lurking around...