Yona of the Dawn - Recommendations 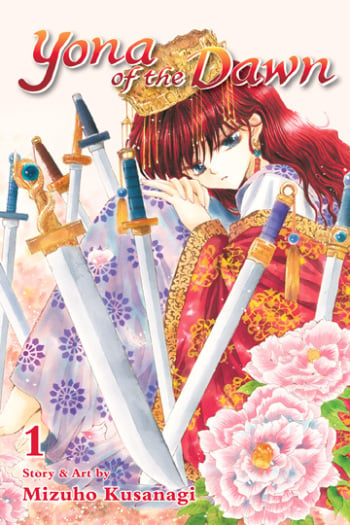 As a child, Chirin the lamb is taught by his loving mother to be wary of leaving their pasture; wolves and other predators are a constant threat, though the naïve Chirin believes they would never eat his kind. But when a wolf breaches the perimeter and kills his mother while she protects him, Chirin decides he must do the unthinkable: find the wolf and demand that he trains Chirin to be strong. Chirin must undergo rigorous conditions and be the very thing that he despises so that he may have his revenge, but will he lose himself in the process?

It has been a year since Wang Qi (Ou Ki) has passed away. Xin (Shin) continues to fight as a 300-man Commander on the battlefield, while Ying Zheng (Ei Sei) faces an overwhelming enemy back at home. In the midst of the turmoil, the Qin army begins a powerful offensive against Wei, and meets with a very powerful enemy.

Tohru Honda is a compassionate girl who is down on her luck. Her mother having recently died, she has been forced to camp out in the woods for shelter. However, things start to turn around once she is invited to live with class hunk Yuki Sohma and his family... but all is not as it seems! Yuki's family is burdened with a dark curse which causes them to turn into the animals of the Chinese zodiac once hugged by a member of the opposite sex... and Honda may be the only one who can help them.

The Lusitania forces continue to hold rule over the Kingdom of Pars despite Arslan’s fierce battle against Lord Silver Mask. Arslan continues to fight for his rightful throne, but there are still many conflicts left to resolve. But the biggest mystery—who are his parents? And is that an answer he’s prepared to face?

Set in the Kingdom of Hortensia, a world power thanks to its main territories (Camellia and Olivier) serving as sword and shield against invading countries, a revolt begins in Camellia! With Hortensia headed toward chaos and the arrival of monsters making things more complicated, can the knights of this war-torn world survive and protect Hortensia?

In the distant future, mankind has colonized the galaxy on a number of platforms known as islands, governed by a ruling class known as the Aristocrat Alliance. However, internal struggles for power lead to a bloody civil war, which eventually leads to both the creation of a much stricter order that calls itself the Holy Empire, and the exiling of the old royal family. Despite overwhelming losses and heavy numerical disadvantages, a rebellion continues even after the war comes to a close; the future continues to look bleak. Yet, when all hope seems lost, the last remnants of the royal family return with a mysterious "glass fleet," joining the rebels and turning the tides of battle once more.