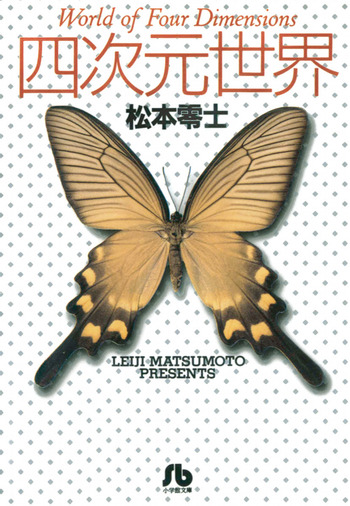 When a Nazi lieutenant is sentenced to death for war crimes, he expects to escape with his life, but hubris is his downfall. A female android marries for love but is soon lost, and she must deal with the consequences. After a married man finds out his city is being experimented on, he tries to save the people while struggling with adulterous thoughts. On a dark and lonely road, a cabby picks up a shady man who threatens him, but little does his passenger know the cabby is not as he seems. An educated man falls in love with an elusive woman who has a life altering secret. American school kids learn the cruelty of war. A revolutionary fails his revolution, and an interstellar peace conference does not yield the hoped for results when space hippies defy peace conventions.

A complex work mixing action, social criticism, bildungsroman, science fiction, and contemporary history in which we follow the life and vicissitudes of the protagonist Kim Hyŏn and those who surround him.

2057. Hemisphere, a man-made city in Tokyo Bay, has wiped out virtually all crime by introducing the quantum AI system "XEVEC", through which the "law" acts as a physical force to protect all citizens. Hemisphere is a "utopia", an ultra-nomocratic society in which the righteous are rewarded and permanent peace is guaranteed. Or so I thought. Until that incident... Confronting crime in a near-future city! Physical court battles are now in session!

Asamiya Aoi is a mysterious, innocent young girl who is traveling through a futuristic land with the help of her "father's" sketchbook. One day, Aoi encounters a young woman named Kyoko. She shares her travel plans with Kyoko and shows her the sketchbook. Kyoko can't believe her eyes! The sketchbook is more like research notes than casual sketches, and it is full of accurate maps and information that she could use to make loads of money. With the original plan of finding a chance to steal the sketchbook, Kyoko feigns concern over Aoi and joins her on her travels. As the two girls encounter and affect the lives of various people on their journey, will Kyoko be able to learn more about this unusual young girl?

The Distant Valhalla is set in the Alpha Attractor Field. It is set 1 year and a half after the Rounder Raid on the lab, and is about "Operation Valhalla", Okabe's plan to escape from SERN's captivity.