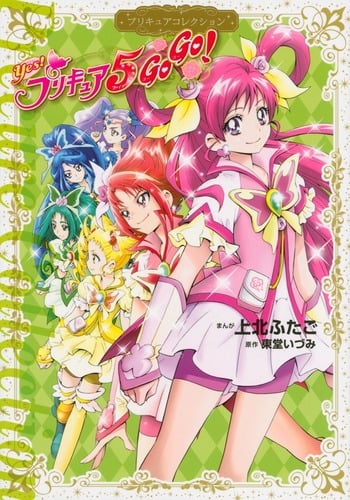 Luna's in love?! After being rescued by Oozora Kakeru, an idealistic scientist obsessed with the idea of a beautiful princess living on the moon, Luna finally discovers what it is like to be in love. Meanwhile, the evil snow Princess Kaguya is intent on freezing everything on the planet for her collection. Can the Sailor Senshi stop her in time, or will Kakuya's schemes turn the Earth into a frozen wasteland?

Ami has always been the top of her class, but when a rival known only as Mercurius starts to score higher than her on national exams, Ami begins to study obsessively. Adding to the stress, she receives an anonymous love letter! All this attracts a demon that begins feeding off her mind and make Ami a slave to her passion. Ami must find the strength to call forth the Sailor Senshi within and defeat the monster, as well as reveal the identity of Mercurius; but most importantly, could Ami finally have found her first love?

One day, Chibi Usa and Usagi are sitting outside at a cafe enjoying their time together when suddenly, two girls at the next table begin to discuss the Sailor Senshi. They talk about who the smartest, most lovely and even the most helpful Senshi is, all of which Usagi is certain it will be her!