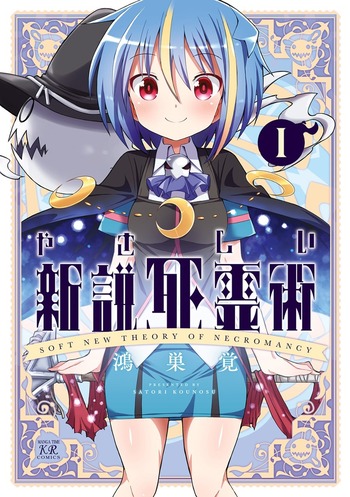 Aki has been able to use magic since she was a little girl. Her mother had always taught her that things created with magic can never replace reality. Regardless of this, Aki unwittingly mind controlled everyone in her elementary school to become her friend. After she removed this spell to prove to her mother that her friends were real, however, she was suddenly all alone. Now a second year high school student, Aki has since evaded people and hidden her magic in fear of using her powers wrongly again. But when a girl named Kei accidentally notices Aki levitating one day, Kei decides to try and become her friend.

"One day, Sakuraki Ruu picks up a mysterious cat that can talk, use magic and hides many secrets. When asked, the cat seems to have lost its memories..."The cat - and its twin - have come from another world, where their graduation exam is to go to the human world and grant a wish for a human being. And so, their fun-filled adventure with Ruu and her friends begins.

The Mahou sisters, Ramu and Yuki, run a pharmacy. Yuki looks like a normal adult, but Ramu looks like a child, despite being in her twenties. It has been a joke in the past that the Mahou Pharmacy dispenses magic medicine (Mahou is the word for magic, as well as their last name), but now the joke is actually true! Ramu started studying magic, donned a witch's hat, and now provides magical treatments for their customers.

The Miko in love with Mages, Yoriko. To the city that girl lives in comes the Mage-in-Training who admires Japan, Maria. A dream like meeting where the two are overflowing with “I love” and can't stop!

Nomura Chizuko - a witch - is bored with her everyday life in the magic world. "That's it! I'll go to the human world and get some new motivation!" With that in mind, she heads off happily to her new life in the human world. With her childhood friend, Oosawa Nobuko, sticking close by her everyday to watch out for Yurine, a human who dreams of becoming a magician that befriended Chizuko after she arrived and is now doing as she pleases with Chizuko.