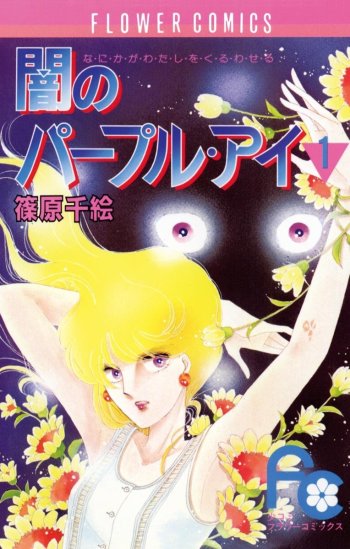 (BEWARE THIS IS A VERY LONG COMMENT, IN FACT LONG DOESN'T EVEN BEGIN TO DESCRIBE BUT ANYWAY, THIS INCLUDES SEVERAL SPOILERS SO COME AT YOUR OWN RISK)

I FUCKING HATE SHINOHARA - SENSEI. She fucked up so many peoples/animals lives - I mean sure I can understand trying to avenge your father for all the ridicules and insults he suffered in the past by trying to prove his theories but you don't go as far to mess up someone's life by:

A. Killing their sister right in front of them.
B. Kidnapping them and doing terrible AND painful experiments on them.
C. Killing their sole mate.
D. Trying to kill them multiple times.
E. Stealing their child, trying to kill it, then blackmailing it into abiding to your rules and messed up shit.
F. And finally after screwing up everybody's lives you still don't succeed in what you were trying to do - making everything you have done up till now pointless and plain stupid.

Now really, if you have a bad guy at least make that bad guy someone who is, how should I say this, COOL AND FUCKING BADASS. I mean there are so many examples of some BADASS villains such as: Madara & Pain (Naruto Shippuden), Light Yagami (Death Note), Hisoka & Illumi (Hunter X Hunter) and many others. And here we are having this shit called Shinohara as a villain - it's like this woman has nothing better to do except stalk a fucking 16 year old girl (talking about Rinko, right now) and then after terribly failing you decide to pursue her daughter, Mai. You see, I didn't even feel like she was trying to avenge her father but, instead, trying to find an excuse for living after finding out that she is a messed up motherfucker and will never find a man.

Anyway enough about that shit called Shinohara let's move to the Mai. Let's get this straight, I hate her - I mean she is just one of those characters who is blessed with some awesome power but can't even fucking use it properly - I mean that's like me having a chocolate bar but not flipping eating even though I don't have a legitimate reason for not doing so and that is exactly the case with Mai. At first I liked her personality popular, sporty and tom-boyish but then after finding out that she is a useless lump that feeling and somewhat respect completely disappeared. SHE IS FUCKING USELESS, she is like Sakura (Naruto & Naruto Shippuden).

Rinko was decent but she was kinda annoying, I mean when she found out that she had this special power she didn't tell anybody including her beloved childhood friend but instead decided to keep a secret and fucking annoy the audience. Plus she kept crying like a baby when she thought she had nowhere to go when she actually did. I forgotten his name so I am going to call him black panther (the one that mated with Rinko and knocked her up (got her pregnant), out of all the characters he was my favorite, I mean although he acted like a total dick and fuck up Rinko and then get her pregnant and then finally die straight after. He was the most BADASS and he wasn't annoying unlike some of the characters, MAI!

Any who I gonna stop my ranting cause even I'm getting tired but anyway I thought this was the manga which was going to stop my streak of failed manga but instead this one just added to it. *SIGH* Once again a manga with incredible potential has flopped - I shall continue to wonder when will I find the right one for me (manga). DAMN I'M TIRED, BUT THAT'S JUST HOW I DO!(づ￣ ³￣)づ

This marks the first manga I have read in the year of January 2019! While looking through a list of manga that won awards, I noticed this series in particular that has animal transformations, which is a big yes in my book.

But before I begin I want to point out how important it is to have a good villain, for they are the ones who begin the conflicts most of the time in manga/anime.

It is with complete honesty that Sonehara is one of the most cruel and despicable antagonists I have seen in my history of manga/anime. But to be honest, despite her cunning and resourcefulness which I respect, I can't really find anything to like or relate to her as an antagonist. Sonehara actually reminds me of the antagonist from Higurashi, however despite the similiarities, I find her more likable and relatable compared to Sonehara. Despite the series being shojo, Sonehara feels like one of those antagonists from a battle shonen manga, with her feeling more like an obstacle for the characters to overcome, which they do, than a character that feels likable or relatable.

Now the positives for the series has to be the romance between the protagonists, that was something I thought the author handled well. As well as overcoming the cycle of hatred for the female protagonists Rinko and Mai. I'm glad that neither Rinko nor Mai had to be the one to kill Sonehara, because bearing the burden of having to kill someone is hard on anyone, especially if they spent a good part of their life growing up to high school age without having to defend their life.

The theme of bearing the burden to kill is something I thought is explored well in Kara no Kyoukai and Monster. I don't think the characters were having Goku moments in sparing mercy to the antagonist, cause the male protagonists didn't want Rinko or Mai to have Sonehara's death hanging over them.

I do think that having another antagonist besides Sonehara would have helped the series not feel too long, even though it was only 12 volumes. The art is definitely gorgeous though. I actually thought Mai having a father complex was interesting for the character. The series has its moments, although Sonehara's stubbornness is something I think will test any reader's patience. So I don't think its something other readers will like overall.