Alt title: Yamada and Her Teacher. 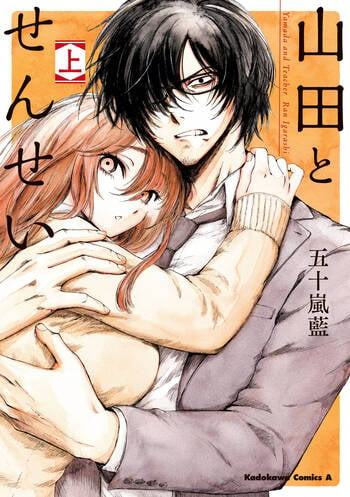 In a town with nothing, in the middle of a daily life with seemingly no signs of change, high schooler Reiji Kurose was "just" living. Family, dreams for the future, childhood friends. All of them were binding him down to that city. He thought he would "just" keep on living like that. Until he met her. Is there hope in living? Is there light waiting ahead? It's the start of a boy meets girl series which reflects the "now".

Blood on the Tracks

Seiichi Osabe is just a normal if not insular 14-year-old boy with a beautiful, loving mother and a hardworking father. The bond between him and his mother is iron-clad, but when an accident involving his cousin sows the seeds of doubt in his head, Seiichi begins to question whether his mother's doting nature is normal, or something more sinister and abnormal. Where do you draw the line between motherly love and unhealthy adoration? And how can you tell where that line is when your mother's love is all you've ever known?

Shun Hayasaka is a cross-dresser in high school who secretly enjoys posting pictures of himself in drag online. This earns him several fans, one of whom is Yasuda, a 32-year-old man suffering from depression who has trouble communicating with others. After they meet up in real life and start having sex on a regular basis, Shun is unsure what to do when Yasuda starts expressing more interest in him than just as a sexual partner.

Chihiro and Chiaki are twins with a special ability; Chihiro sees strange visions triggered by the things around him, but it's Chiaki who, without actually seeing them, knows what the visions mean. The trouble Chiaki has caused by blurting out the truth behind the visions has caused Chihiro to shut himself away to keep the visions from coming. But then, one day, his brother asks him to step outside...

A teacher named Kadomae Kazuma has the principal's daughter Noeda Kanade for his class in a new school semester. At first glance, she appears to be a quiet girl, but she's awakening her aberrant love towards Kazuma!? This is a psycho love story that accelerates thoughts and actions!

School, society, as well as male and female relationships. The things that are regarded as normal for others are a considered a curse for her. Embracing the struggles of life in an offering to the public, the curtain rises on one person's ballad of life of despair and hope.

Chiaki Sakaguchi appears to be a sociable, popular high school senior, but he carries a dark secret with him that he can tell no one about – not even his closest friends. When Chiaki meets fellow student Eiji Yukimura – an under-achieving social misfit – for the first time, he believes he’s found someone who can understand his inner pain. As the two become closer, Chiaki learns that Eiji has a secret also – a secret so dark, it threatens to overshadow his own. United by common dysfunction and angst, Chiaki and Eiji begin to search for pleasure together beyond their pain. Will the pair’s growing bond enable them to break free of their troubled pasts and create a brighter future? Or is the damage that’s been done to both of them beyond any healing that love can provide?