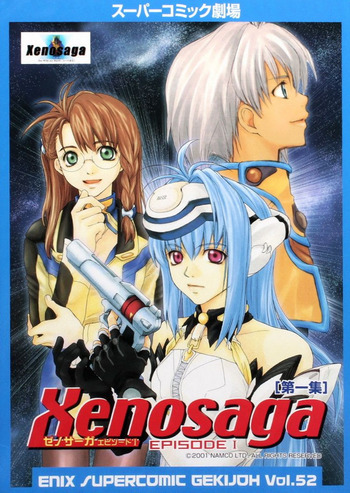 2034, a time when the development of AI advanced greatly and the appearance of the humanoid “Totomo” has been widely accepted. Tamotsu, an ordinary office worker, loses both his daughter and has half his body replaced with mechanical parts due to an accident. While trying to live earnestly with his wife, his body begins to malfunction…

Anti-social Kokuyo seems to always wind up in the hospital due to overwork from his busy writing career. Unable to bear Kokuyo's lifestyle problems any longer, his friend Seiki gives him a "replicant," a male android named Shiro, who can monitor his health and do his daily chores...among other things. At first, Kokuyo can't hide his irritation toward the bumbling Shiro, but eventually his feelings begin to change. Will Shiro's puppy-like devotion and dogged perseverance win over Kokuyo's heart in the end?

The life of a cyborg, programmed to protect his overprotective older brother and ordered to conceal his identity from his classmates.