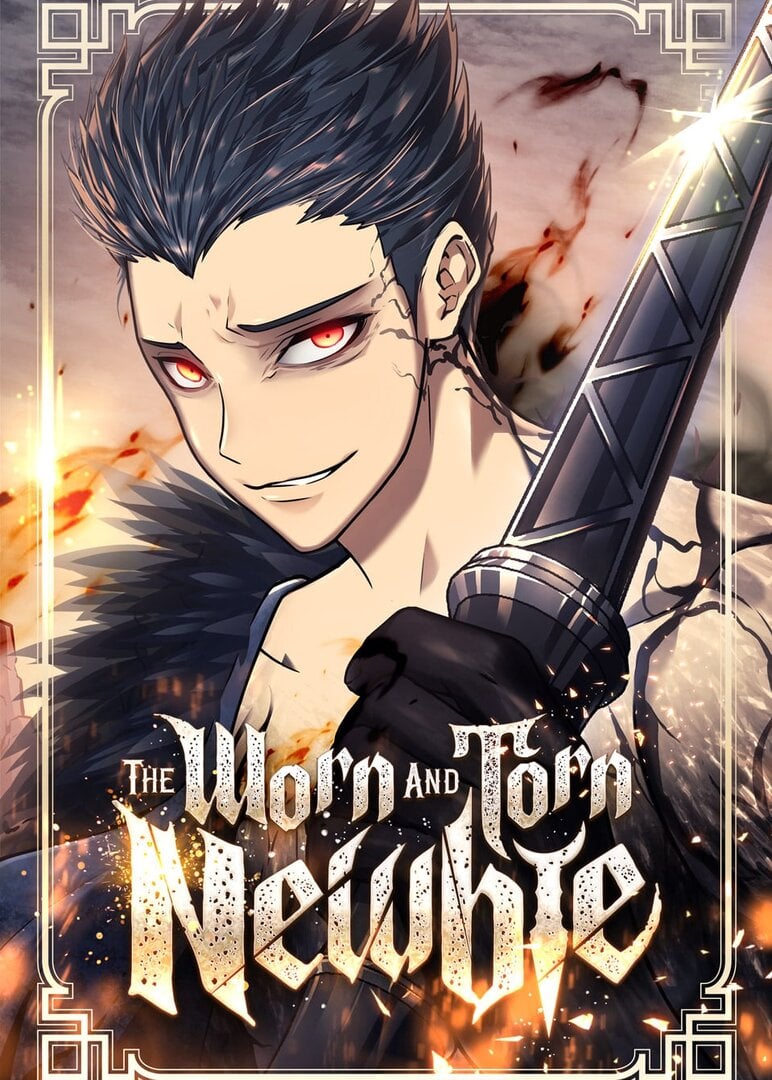 The main plot is not really original but it quite well-mastered. We know beforehand that the main character is OP but as time goes by the story do not become boring. Moreover the art is almost perfect, it perfectly fits the story .

After wasting 15 years of time and money on the VRMMORPG game Deus X Machina our MC finds himself in debt to a loan shark and fearing what will become of him if he's not able to pay off the money he owes. He purchases a sword and tries to level the sword up. His goal was to get it up to +7 to pay off his debts by putting it up for auction after he raised the swords stats. But greed sets in and he tries for more only for the sword to be destroyed. Shocked and horrified he angrily thinks of all the time and money he'd put into the game and the relationships he'd sacrificed over the time he'd spend gaming.

But then... he wakes up 15 years in the past. When the game is just in it's very beginning stages. He'd put so much time and effort into it and now he knows where so many secret dungeons and hidden bosses are that he decides he's going to take everything for himself and get back everything he'd put into the game and then some.

I wasn't impressed with the manhwa the first couple of chapters and even considered dropping it, however, it did get better, and I found myself pulled in and getting invested. One of the more hilarious things about the series, at least imo, is the fact that our MC spends so much of his time in the game running around in the buff! x'D The comment section of the site I read on had me in tears from laughter about how they thought the author was a perv and enjoyed drawing the MC like that! Other comments had me holding my stomach with laughter about how the author should give the MC underwear at the very LEAST! x'D

Now while this series isn't anything remarkably special, it's still an entertaining read and so far it's been getting better the farther I get. He's such a scummy MC, but I still root for him all the same! x'D So, if you enjoy reading series based around a character playing games for profit and wreaking havoc everywhere he goes in game then you may very well enjoy this series. If that's not your taste, then feel free to give this series a pass.

This is not bad at all. You can expect the art to be good with Korean studios in general. It's a return to the past type of plot but it's different in its own way. There is no being stuck in a game world and the plot is interesting enough to keep readers interested. The mc is an azzhole but the good kind. It's fun seeing him trash people and getting all the good stuff. So yeah, not an incredible story but a good one.

It is one of the most original stories I have ever read. Just an FYI it is a game manga. It's great! I'm laughing so hard I'm scared I'll get it trouble. But he needs to put on some pants.

The manga at the beginning looks like your tipical isekai manga, where the main character plays an ruined mmorpg game and after loosing his sword he gets reborn to 15 years to the past. Where with his knowledge from his past life becomes one of strongest and tricky players to ever play this game.

Storyline is pretty good it could be better there are some parts that could be fixed. Characters and Art are quite likable.