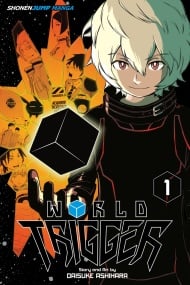 Earth is under constant threat from Neighbors, invincible monsters from another dimension that destroy our way of life. At least we have the elite warriors of Border, who co-opt alien technology to fight back! Our hero Osamu Mikumo may not be the best agent, but he’ll do whatever it takes to defend life on Earth as we know it. When Osamu meets a feisty humanoid Neighbor named Yuma, everything that he thinks is right is turned on its head. Can the two natural enemies ever become friends?

World Trigger has this sense of clarity and purpose to the writing which I love. It juggles a lot of characters and sub plots but manages to keep everything feeling organic, effortless and easy to understand for the reader. The fight scenes are creative and clever and honestly so much fun - the world building is so much fun, the characters are SO much fun! I'm interested in all of them, I want to know more about all of them. It's hard to rate this manga because when it comes to this type of story the ending will be extremely important, it all depends on how far the characters and world building and story ends up getting developed by the time it ends. What gets resolved and what doesn't, but, as for a review of something that's currently ongoing it's ability to keep me interested and keep exciting me with every update makes it a stand out. I hope it continues to be this good.

So, World Trigger, is one manga that has been on my 'want to read' list for a very long time. Why? Well, I just loved most shounen manga I've read so far, and the title just sounded cool. Also, the premise sounded kind of interesting: man-made monsters from a parallel world are coming to our world through wormholes to destroy things and abduct/kill people. Our world reacts by stealing the technology of these "neighbours" to fight back, through an organisation called Border. Looking at the art, there isn't really anything special to see here. The character designs are all typical shounen, nothing looks really bad but nothing looks really good either. Some faces are especially bad though. The monsters, on the other hand, look cool. So yeah, nothing too repulsive imo (I can deal with some ugly faces, I look in a mirror on a daily basis), but nothing that will draw you towards this manga either.  Art: 7/10 The story is pure shounen stuff, made for the entertainment of less mature readers. It starts of at a school, but apart from some of the earlier chapters there is no school life involved. The biggest problem I have with this manga is that it's virtually impossible for anyone to die. During the fights, the "triggers" are activated and the bodies of the combatants are replaced with bodies made of Trion, an alien form of energy. Thus, any injuries are just reset after a fight. Also, most of them have a "bail-out" function for when it gets too dangerous. I know it's typical for shounen manga to not kill many people, but this is kind of ridiculous imo. Also, I feel like they're doing some things in the wrong order. First, they fought in a war for about 40-50 chapters, and now they're just having a competition within Border? Sorry, but this feels a bit awkward. Lastly, because 70 procent of the manga was just fights, the story hasn't evolved all that much yet. I feel like I could summarize the 93 chapters I've read in 10-15 sentences. The author should pick up the pace a little, or he will need a huge amount of chapters if he wants to create a decent story. Of course, for some audiences, just having fights might just do the trick to get popularity. On the other hand, I liked the idea of some people having extra powers because of their excessive Trion energy. It somehow made sense and made for more variation in the powers of the different characters. Story: 6/10 When it comes to characters, I have to say that this manga is one huge clusterfuck. There are dozens of side characters, and most of them are named. Also, some character designs are really similar. This makes it quite annoying to discern the different characters during the moments of chaos, when there are multiple fights going on at the same time.   The main trio has well-defined characters though:  - "main character" Osamu, one of the weakest characters around and also not extra intelligent. One of the only things that really make his character is that he wants to protect people. The problem is his weakness, which makes him require lots of support from other characters or plot armor (not that much plot armor has been used so far, but he'll need some upgrades if the author wants to keep avoiding that).  - Kuuga Yuma, one of the most OP characters of the manga. His OPness is explained by the fact that he is a "neighbour" and a child soldier and because he has a special "black trigger". One could argue that he is the actual main character.  - the third team-member, Amatori Chika, is a shy girl that attracts the "neighbours". Because this has led to her friend and brother being abducted, she wants to be able to protect herself. She's kind of a bland character imo - lastly, I want to mention Jin Yuichi, who is undoubtedly the coolest character of the manga and one of the main reasons I keep kept reading it Characters: 6/10 Overall: certainly not the best manga out there, but reading it won't hurt you either. Recommended for fans of shounen manga or if you just want to have some fight scenes without a difficult story.

World Trigger is very triggering story about protection of borders. In this case dimensional borders from various aliens, that try to come in force and pillage Earth. That is the purpose of Border, organization using superior alien technology based on trion particles to arm their members in order to fight invaders on equal footing. Weapons using trion particles are called triggers – thus the name of manga. Sounds good, right? If you're looking for fan service i.e. breasts, panty shots, beach and hot spring arc, etc. in your manga look elsewhere, this is serious business. It's a fighting shounen adventure with occasional comical relief. I take this as a positive attribute. The Mexi... I mean neighbours are serious threat, therefore a large ensemble of characters in Border is to be expected. To be more precise yuge number of characters are introduced through the story to the point it feels overwhelming. Half of the names you aren't going to remember, but the mangaka always puts the name and the position in Border, whenever the characters popup again. Border as any organization is split into various branches and sections. When it comes to Border members that fight on battle field there are three categories based on skill C, B and A plus extra S rank. C is low level trash aka small fry (zako). Still there are several reoccurring characters from this low rank. However most characters are from rank B and A. Just B rank has at least dozen teams each consisting of at least 4-5 members. A rank is smaller, but still consists of several teams. Now I'm getting to the point, why to go to such detail, because each Border member has name, occupation and many of them even have backstory. Even more same can be said about most of the humanoid neighbours attacking Border. The story focuses on rookie border member Mikumo Osamu, but other characters have their moments too especially those close to him. Osamu is an underdog archetype. He is not very strong. However unlike in very popular shounen series with an underdog, he stays underdog. No hidden broken power up or full plate plot armor for him. He gets stronger and better, but he doesn’t get suddenly stronger just by one training montage. His growth is gradual. The series even kind of calls this trope of sudden rise to the power through the words of one of the side characters. I like this very much. Slight drawback is this makes Osamu in practice somewhat hard to like character. On the other hand Kuga seems initially like an OP character and he in a sense is, even if it’s excused by his backstory and how trion based technology works. As I said there are many characters many of them are interesting and fun, but I’m not going to talk about them in order to avoid unnecessary spoilers. What I’m going to talk about is about how action i.e. fights work in the series, because in a sense this stands at the centre, where the fun or lack of it truly is. In the series fights are relying on teamwork among team members and multiple teams. Individual skills are still important, but there is no lone solo hero, who can alone win a fight. Doesn’t matter whether it’s a ranking match or even more in an actual battle. Even a very skilful fighter can lose against well-coordinated team of weaker individuals. This another very positive thing about the series. The fight mechanism reminds me of rock-scissor-paper mechanics. Basically there are three basic classes. The attacker a close combat class fighting with melee weapons. The shooter a middle range class that utilizes machine guns, pistols or free trion projectiles manipulated at will like missiles. The sniper class that specializes at support and surprise attacks from distance. There are further sub-categories based on which set of weapons are used or even special customizations. Overall the story is continuous one overarching story consisting of smaller arcs that, few exception aside, follow quite naturally. The story is driven by characters and their common goal.Art has its own distinct style. It’s easily recognizable. It’s not super detailed. Level of detail is consistent. No large discrepancy in art style comes to mind. It does good job to convey things it needs. Japanese difficulty 4/10 (see my profile for details about the difficulty) As usually I read manga in the language it was made in. It’s standard shounen with furigana, there is a lot of story based technical jargon. Nothing too complicated. It’s not that difficult, but it’s not beginner level Japanese either. One of the top B rank teams consists of members speaking in Kansai dialect, but that is somewhere around the volume 18. World Trigger was enjoyable and hopefully it's going to be in the future. That is to be seen, because there was long delay due to health issues author had. It is one of the series that makes a lot of things right and very little wrong, when it comes to the story and world building. Synopsis on the page does not make justice to what the story is about. It's a very shallow tease. I would recommend it to anyone, who likes fighting/adventure shounen. 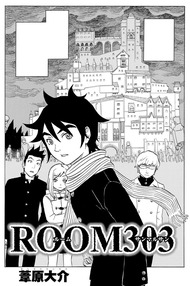 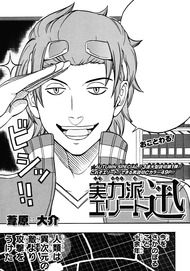 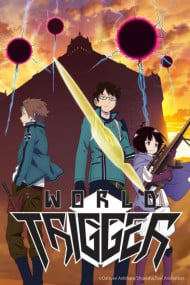 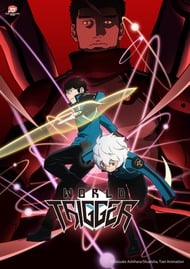