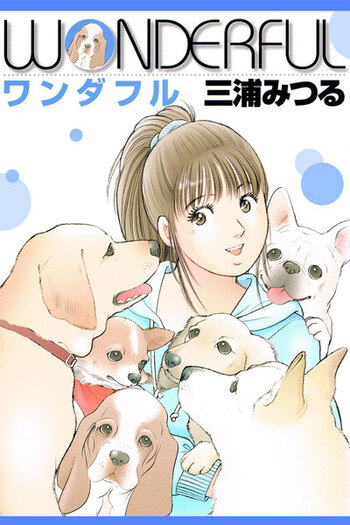 This story is about the dog named Chokotan who has the ability to speak with humans in the human language. Nao, her owner, likes a guy named Arima. Arima has a dog named Hatsupi. On Hatsupi's birthday, Nao makes biscuits that are edible for both dogs and humans. Nao and Chokotan bump into Arima and Hatsupi on the sidewalk and Nao runs away before she can summon the courage to give the biscuits to Arima. Chokotan encourages Nao and she makes up her mind to go back and give the biscuits to Arima. Now then, will she be able to approach Arima while she's not even able to talk casually to him?

An abandoned dog waits for the day of meet with his owner again at some island. But the owner will come and go back again.