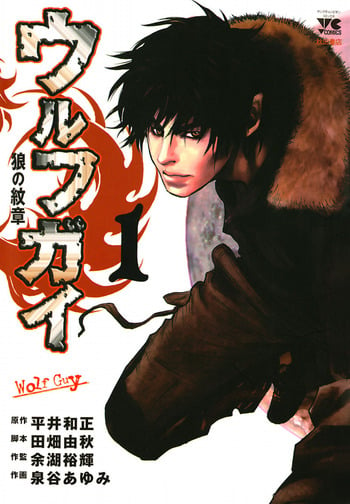 Akira Inugami is a teenager with a secret: while his slender build makes him appear weak, he is in fact a werewolf with incredible senses, an inate fighting ability, lightning-fast reflexes, and an inability to sustain damage. After a series of dangerous incidents leads to him being expelled from previous schools, Akira transfers to Hakutoku Academy with a desire to be left alone. However, on his first day he instantly becomes the target of the school's most infamous delinquent gang, led by the fearsome Haguro. On top of that, his homeroom teacher, Aoshika, has taken a keen interest in the mysterious teen and refuses to leave him in peace. Now with enemies to fight at every turn and Akira finding himself unable to let the beautiful Aoshika suffer on his behalf, this lone wolf's hopes of a quiet, solitary life seem like little more than a pipe dream.

I will begin by saying that this is not a good series. I am not saying it is poorly made, I am saying it is a really sad and depressing read. There is rape, torture, mass shootings, self mutilation, you name it. I read the blurb without looking at the keywords which is often a gamble. I began thinking I was going to be reading a story somewhat reminiscient of Beelzebub, but instead it was a much, much darker read than I was expecting. My Thoughts on The Story I enjoyed it to an extent but the final conflict was basically what was to be expected from the very beginning.There were also some elements of the story that I feel like would have made a much more enguaging story that "Hero needs to fight the enbodiment of evil". In my opinion the organ coorperation had a lot of potential make it a much more interesting story and instead of doing anything with it, the author mentions it passingly in a flashback and then only shows it once in the epilogue. I feel like it was a waste of what could have been a strong ending story arch. My Thoughts on The Art The art is beautiful, very dark and gritty when it needs to be and the werewolf actually looked really cool. It reminded me a bit of Berserk, althought Berserk's art is still superior in my opinion. Characters, even background ones, were distinct and at least somewhat recognizable. The fight scenes were pretty great, the blood was placed very well and there wasn't an unrealistic amount of it like there are in some series. There were some sexual scenes and none of the characters looked too unrealistic to be believable in said scenes. There was some good symbolic scenes as well that were done very well, not to mention all of the great looking monsters in the series, with each creature looking different and scary. My Thoughts on The Characters Inugami is a very well done character, most of the stories progression seems to be due to him either hiding from his feelings, denying his feelings, or accepting his feelings. It was interesting to see how he tried to rationalize his status as a lone wolf when he really didn't want to be one in the first place. I do feel that some of the more tragic elements that happened in his past could have been fleshed out a bit more, such as the apartment fire and his time with the wolves. Haguro was a ****, just the worst kind of ***hole. He got some great character development as well, which you don't see too often with characters that are basically just there to give you someone to hate. I have one serious complaint with him however, and it is that he seemed to, at times, just be doing evil things to make his character seem more evil than he was. There wasn't really any reason for a lot of the things he did (Though I guess it could be argued that's what makes his character so evil/scary) and it felt kind of like a cheap way to make him a bigger bad than he really was. A lot of the evil spirits and psycic powers talk kind of threw me off as I thought he was meant to be the sybolic human in the battle between humans and monsters, but he kind of turned into a symbol of evil instead. Overall Thoughts and Opinions This is a very, very depressing story. Looking back, nothing good happens to any of the characters. They push through there horrible experiences and move on but that doesn't really mean that anything actually happy happened at all. If you are looking for a story with any feel good message at all, look elsewhere. That being said it had a decent story and fairly strong character development, and while I would never want to read it again, I would recommend it to anyone with a strong stomach  who enjoy reading tragedies.

the only thing I liked about this story was the main characters, Inugami and the teacher he fell in love with (Forgot her name). To much gore, blood and nudity for my taste. As soon as I was done reading it, I had nightmares for an entire week! I have see gory manga, anime, and live-action, but this takes the cake! And it has such the sad ending, it's wrong if you ask me. The story and are were VERY DARK. Couldn't really see the details, but there are some really good werewolf and wolf drawings in it. Very psychological and death-filled. It's like a story where, basically, EVERY CHARACTER DIES! This is one of the WORST manga I have EVER READ, in overall thinking. My opinion is almost the same as bringiton265, but there are several things I agree and disagree with. One thing for sure,  I HATED ALL THE DIRTY LANGUAGE!!! 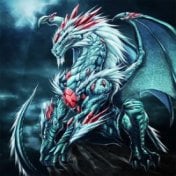 Akira Inugami is a new exchange student at Hakutoku Middle School, but that's not all. He is also a werewolf, a beast beyond human comprehension, a proud, invincible creature that dwarfs all humans in comparison. The story begins with the Homeroom teacher Ms. Aoshika walking home drunk, suddenly trips and is saved by Akira Inugami who then proceeds to walk away. Ms. Aoshika sees that he is a student and pursues him only to be jumped by Inugami's old school rivals. The gang attacks Inugami without mercy and seems beat him to death yet he keeps getting back up. They then hit him with a car and he appears dead. Ms. Aoshika faints soon after witnessing it and then Inugami takes his true form, the form of a Werewolf and destroys the gang. When Ms. Aoshika awakes, she finds the gang dead around her and is escorted to her school by the police only to find that Inugami is her new exchange student. Well if you want to know more you will just have to read it. 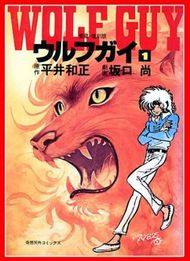 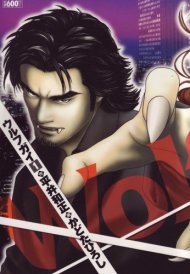 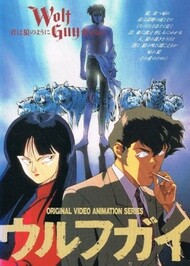