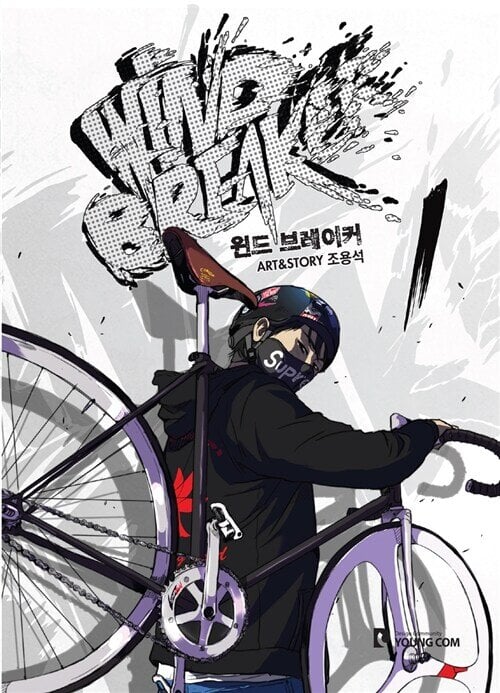 Wind Breaker is an impassioned take on cycling and connections between people that it can lead to.

The plot of Wind Breaker follows a highschooler and avid cyclist named Jay. Throughout the series Jay makes friends and encounters some crazy situations, all thanks to his passion for cycling. I don't want to spoil anything that actually goes down in the story, this is a general rundown of the starting premise for Wind Breaker.

Art plays a surprisingly relevant role in Wind Breaker, especially in keeping the 'feel' of the series fresh and trendy. I'd argue that this is in large thanks due to the character designs. Characters in Wind Breaker simply look different from each other, serving to give them each a sense of individuality, whether in the form of hair style or clothing, it is certainly effective. The characters.. are awesome! Seriously, the characters just about make this series what it is. Perhaps my favorite aspect about the characters are that they're so realistic, yet they're not a generic cut-out.

Am I enjoying Wind Breaker? (At the time of writing this review it's ongoing) heck yeah I am, and i'm sure that you will to. This series is a bunch of fun, even at its most serious. Give it a try.

Wind Breaker is a webtoon that is really interesting and extremely good. At first, the art isn't so good, and that's probably why people don't read it, but later on, the art gets better. So don't be a wimp and read the English version on Line Webtoon, and the Korean version on Naver Webtoon (links on the bottom)! I swear if you don't read right now you will die early!!!! jk