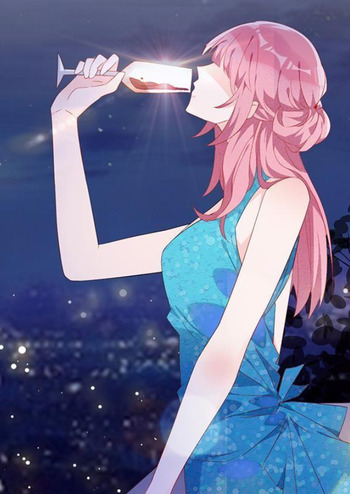 If you're looking for manga similar to Wicked Young Master and His Innocent Girl, you might like these titles.

36 Arts of Husband Cultivation: Fight me, Hubby! Come on, Honey!

She had owned proprietary claim over that man since they were young. She did everything she could to make him her husband, but he never acknowledged her no matter what she did. An accident later, they reunited as strangers. However, this time, he was incensed, demanding to know why she had abandoned him...

She has loved him for 8 years. By virtue of identity substitution, she finally gets close to the man she’s loved for 8 years. But old times, old things and former famous people cannot be recalled. Will the love fade out or turn warm again? Gu Yusheng, do you know I’m Qin Zhiai? I will love you for the rest of my life.

Love You Beyond My Thought

Yolan has loved Colten for 11 years. Every cell in her body feels inferior. When she decides to end this love and to separate him from her life, she finds that the separation is not only pain, but also takes her life...

The Trap of Mollycoddling

Xia Weiyi's chivalrous dreamlover proposed to her obnoxious step-sister. In a pit of temper, Weiyi married her childhood sweetheart Gu Yiran - a decision she regretted to make immediately... "Gu Yiran, that was a mistake! I want a divorce!" "It's too late. Now that I've got a hold of you, I'll never let you go!" The girl who wanted to run away didn't expect that she would slowly fall into the sweep trap this scheming president wove.

Nai Xinhuan, who was cheated on by her boyfriend of many years decided to change her lifestyle and become a playgirl. She vowed to flirt with every cute boy she meets but seems to have met her match, the indifferent and slightly gloomy Ren Xiaobei. When Ren Xiaobei couldn’t hold it in any longer, he finally tells the boy-obsessed Nai Xinhuan what he was really thinking, "Miss, you’re kinda weird!"

Luo Jiayue, a small-time actress turned substitute bride, married a rich president! Being together day and night lit the sparks of affection, but was it true love or possessiveness? Forget it, I’m willing to sell my act but not my body, Luo Jiayue thought. Boss, if you’re going to be like that… you need to pay more money!

Who is My Perfect Match?

Proving herself by working hard, Han merely wanted to get rid of the engagement arranged by her family and fulfill her promise to Cheng Mu. It never occurred to her that she would be betrayed by her boyfriend. After they broke up, her handsome and rich fiance helped her several times and chased her in a gentle way. Is it hard for her to forget her ex-boyfriend? Will her hurt feelings be cured?