Who Made Me a Princess (Novel) - Recommendations 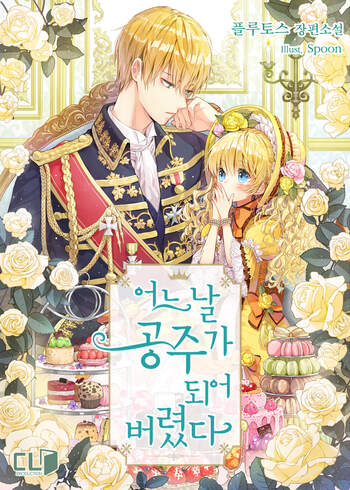 If you're looking for manga similar to Who Made Me a Princess (Novel), you might like these titles.

Doctor Elise: The Royal Lady with the Lamp (Novel)

Both have heroines who transmigrated into the body of a lady from high nobility and retain knowledge from modern-day.

With Doctor Elise, she's transmigrated into a past life that she remembers and wishes to atone for the sins she did in that life. Using her knowledge as a top doctor in modern-day, she becomes hailed as a genius doctor who saves her country various times with her cutting edge innovations in the field of medical practice.

In Who Made Me a Princess, the heroine was originally an orphan girl in modern-day and has never experienced parental love. She transmigrates into the body of the unfortunate unloved princess with a father known for his cruelty and bloodthirstiness. She remembers the world as one from a novel and unfortunately, her character is not even a supporting character who lives by the end of the book. Her father, the emperor is the one who will kill her character in the future, so our heroine works to cozy up to him and get on his good side.

Both prominent male figures in the story (, since you can't really call the emperor-father a male lead to his daughter) start off cold and indifferent to the female leads but the determination and passion of these female leads whether it be in work or just building up a good relationship causes the ice to melt in these men's hearts. Both stories are very sweet and filled with drama for the shoujo heart to happily consume.

They Say I Was Born a King's Daughter (Novel)

After spending most of her youth fielding the attention of countless wealthy suitors, Suhee Kim finally finds true love with a steady boyfriend named Jinsu Han. But then tragedy strikes, and Suhee is murdered in cold blood.To Suhee’s surprise, she is immediately reincarnated as a baby girl named Sanghee Kim, who just so happens to be a princess! Plus, she is fully conscious of her past life. There’s just one problem: in this society, women are seen as totally inferior, even princesses. Appalled by the treatment of women, Sanghee is determined to change the kingdom’s patriarchal ways. Will Sanghee be able to succeed, or will she be stuck living her second life being treated as a lowly woman?

Rurutia, who was about to die, wanted to spend her last moment in a temple where she felt most at ease. She started a business with her friends for the temple, and it was a big hit. "Miss, you have the world in the palm of your hands!" "Are you a God who descended to earth?" In the midst of being embarrassed by the large crown, the commander of the holy knights himself was also acting strange. “All I wish for is to be your husband.” He said that with eyes shining with obsession. "Take responsibility for stealing my first kiss."

Once Again Into The Light, Alone (Novel)

Daughter of the Emperor (Novel)

My Sister Picked Up the Male Lead (Novel)

The main character reincarnates into a side character of a novel that she had once read. She becomes Amy, a young landlord, who has an older sister. From what she recalls in the original novel, her sister becomes the first love of the male lead she picked up and gets brutally murdered in the near future. The male protagonist has a disposition that of a sociopath, which stemmed from the unloved environment he grew up in. He has also been inflicted with a curse, where his body and mind would transform into an adolescent during the day. Can the curse of the male lead be lifted? What will happen next?

Haruto is an ordinary Japanese student who is tired of constant work and study. After getting trucked, he is reincarnated as Phil Graceheart, the youngest child in a royal family. When Phil is three years old, he gets a head injury that causes him to remember his former life. Armed with the knowledge of his past self, he is now on a mission to live a completely relaxing and carefree life.