Who Did You Do It With? - Reviews 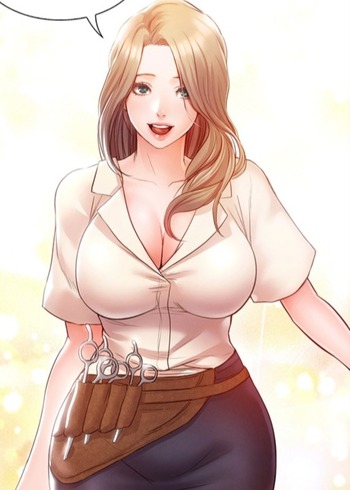 TL;DR: The girls are great, there's not much of a story or conflict, and the MC is a bit "meh" but serviceable. Also, there is no NTR.

There's nothing inherently wrong with this manhwa other than that it is just really short. This normally isn't a problem but because it is also a "harem" it struggles with properly managing its cast of characters. After a girl, that isn't the FMC, gets their moment with the MC the story kinda just forgets about them and moves on to the next girl. This manhwa definitely could have benefited off of an additional 10-20 chapters so that it can flesh out some of the characters or bring back old characters. It was an enjoyable read but it does feel like there's a lot of wasted potentials here because of how likable the girls are, I genuinely would have been ok if the MC ended up with any one of them (or got the coveted harem ending). I've been complaining about the story's length a lot but in a way, it's actually good that it is short as it doesn't have any time for NTR or annoying drama, I just wished we got to spend a little more time with each of the characters.

The story is average, art is good, it has a happy ending

If you just reading this and want to know about h scences then i spare you of detailed review that comes next its good nothing special good no rape, ugly b*stards or anything like that you get there 4 women in the action.

Now to actual review and this one is terrible yet after finishing its not bad. Autor took way too much on his/her plate to make this one good as far as story and characters go.

I would like to start with story. So story is about MC recieving an anonimous letter from girl he banked 4 years ago and she want him to take responibility but for first half of the story its just nothing there about it sometimes MC asks people who he knew to tell him who she was but nothing special and so story is not mysterious at all wich is sad it could be done like Ms Mystic but autor totaly doesnt give a single f about story early on so you wont do as well. Also there are quite many characters in here you have MC 4 girls and also one corupted cop. Of all the characters there is only one Remi( short brown hair girl) that actualy has a good story part in this manhwa others are not needing to be there. For example the cop he is doing nothing there if he wasnt even in there nothing would change it was just waste of time making him. Oh and i nearly forgot the main mystery girl she is not mysteri at all becouse in one of first 5 chapters you get flashback of seening which of the girls it is. But also there is one thing i will give the autor a point for a story that at the end he tries to make some plottwist but since plot is done teribely here its not much of an impact.

Characters they done by far worst in this whole thing. MC is totaly dulll and his personality and way he thinks is always diferent its like more then one character in one person. First girl you meet in story the blond one yea maybe she looks good but she does nothing at all from start to finish even interactions with MC feels weird to read and i can say this that even some hentais have better characters then this. then there is girl that MC picks at the end and she is done totaly weird as well so the problem i had at first with her was how she get back to MC and also reson why MC picked her isnsted of any other girl is also kinda off becose if he didnt have s*x with here 4 years ago then she is not any different to any other girl in the story. All girls know MC from his younge age and thats the only reson they sleep with him nothing else and since there is no character development then you cant pick a girl since they all are same.

So overall what autor should do is simple pick what way the story should go and make characters develop theire relationships between themself and for that you need more chapters at least twice as much as there are. What would that make well simple we as readers would like characters becouse even after read there is just noone that i would care about maybe Remi but even she is nothing special.