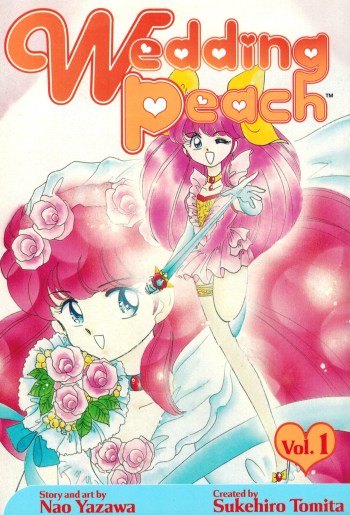 Meirin, a junior high schooler, is the real identity of the famous "Dr. Rin" who heads a very popular feng sui website. She is in love with her best friend Asuka, a member of the soccer team. "Dr. Rin"'s advice has granted success for many, yet Meirin's own love life doesn't seem to be going too smoothly?

A strange girl transfers to Mitsuba Elementary School. At first glance, she is a normal student. However, she is a great athlete and can talk to animals. According to her, she is the 33rd descendant of the great ninja, Sarutobi Sasuke. Furthermore, her dog, Puku, can talk.

In a magical part of the galaxy, the prince of the Tambourine star world has been betrothed to marry one of two princesses; but Comet, the princess of the Harmonica star world, couldn't care less. Thus, much to her dismay, when the prince flees to Earth to escape his fate, Comet is sent to find him and return. Now, with the power of the stars and a magical locket, Comet sets out on an adventure to find the prince, have fun, and experience the life of an earthling first hand!