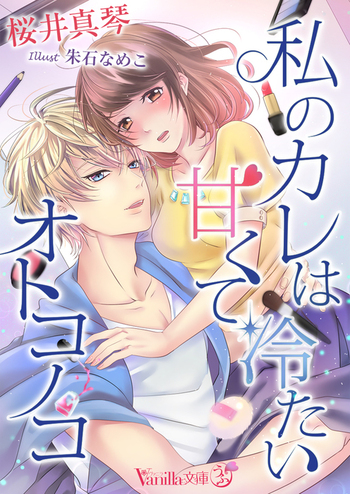 If you're looking for anime similar to Watashi no Kare wa Amakute Tsumetai Otoko no Ko (Light Novel), you might like these titles.

Otoboku: Maidens Are Falling For Me!

There’s no denying that Mizuho is beautiful. Normally that might be a bit of a disadvantage seeing as he is an average sort of boy who enjoys sports and games. However, his beloved grandfather has just passed away, and the will includes a strange request; his grandfather wants him to become closer to his mother's memory by attending the same all-girls academy she did for a semester. Obviously he can't hide his gender from the teachers of the school; so he will need their approval, but he also can't expose his gender in front of his fellow students. With the help of his child-hood friend Mariya, his own natural beauty, and just a little bit of luck, Mariya may just be able to fool his fellow students! Considering the turn of events, there may be more to his grandfather's dying request than meets the eye...