Alt title: No Matter How I Look at It, It's You Guys' Fault I'm Not Popular! Anthology 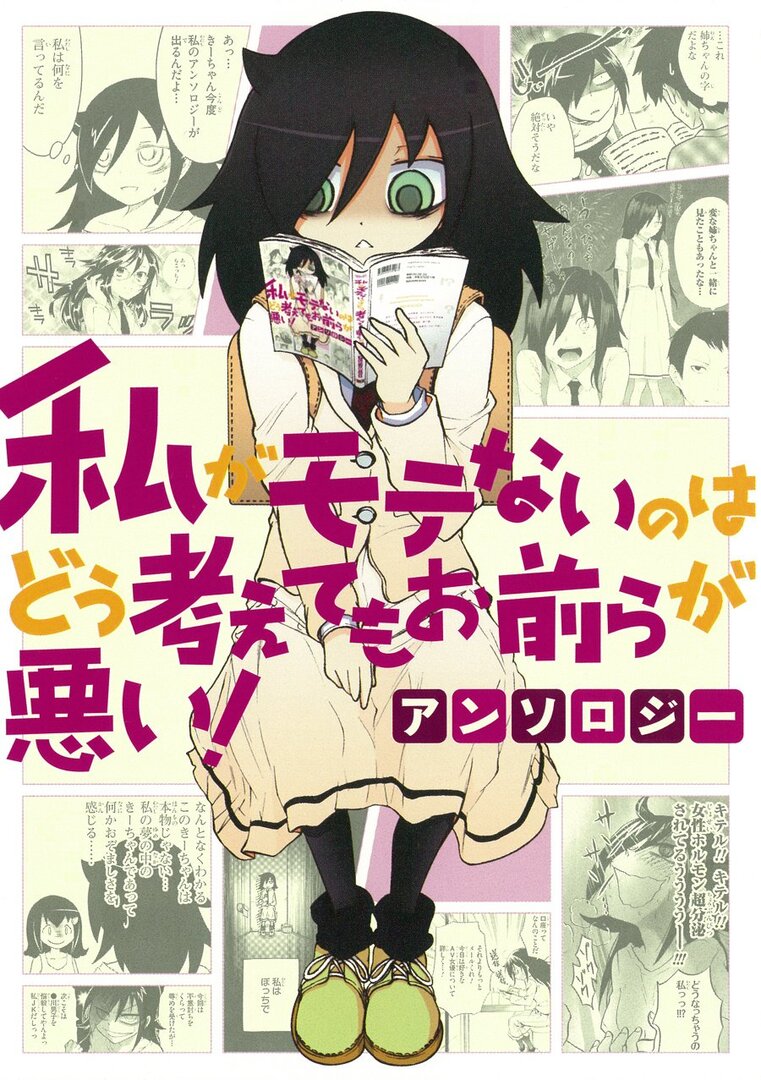 If you're looking for anime similar to Watashi ga Motenai no wa Dou Kangaete mo Omaera ga Warui! Anthology, you might like these titles.

Saoko Andou is an extremely flaky young girl; not only does she refer to herself as a megaklutz, but she’s also regularly late for school. One particular day Saoko is running late yet again and in her hurry to make it to school on time, she forgets to put on her underwear! As she progresses through the day, she hopes with all her might that she will avoid accidentally exposing herself to her classmates. However, with simple actions such as climbing a flight of stairs and getting changed for gym class posing a huge threat, can Saoko make it through the day with her dignity intact?

Ryuuji has always taken the art of the bento box for granted - that is, until Kitamura's grandmother makes her grandson a boxed lunch of epic proportions! Now Ryuuji is in for the toughest battle of his life as he strives to overcome the elderly bento goddess, thwarted at every turn by her love for her grandson. He must push himself to the limit of his lunch-making prowess, or use whatever trick he can to achieve total victory against a woman he's never met!

Chronicles of the Going Home Club

Watamote: No Matter How I Look at It, It`s You Guys` Fault I`m Not Popular! OVA

Way out in the sticks, the fourth-graders of the local school in Tokio village all have their own superpowers of doubtful merit, including flying eyeballs and missile-hair. Ippei and his friends study hard to be ninjas, but they are constantly under treat from the arrogant cheats from the neighbouring village of Techno.