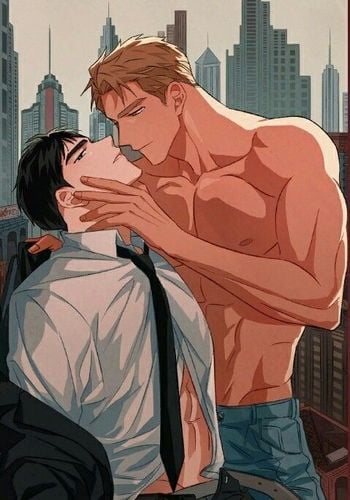 This is my first time leaving a review so bear with me if it’s a bit all over the place. I don’t read yaoi too often and I usually drop them after the first few chapters if they’re no good. That being said I just couldn’t stop with this one. It’s very wholesome and real, no unnecessary drama or weird misunderstandings that frustrate the reader to no end. The art is fantastic and consistent in quality. The characters were simple but fleshed out and very easy to relate to and understand. The plot seemed like it would be the downfall of this manhwa, considering we’re talking about pornstars here, I thought it would be a lot of sex with a tiny bit of story. There is a lot of sex but it’s not just there to be there it actually ties in well with the plot and I think it does a very good job showcasing the conflicts and emotional reaction of people in the industry when dealing with the stigma and judgement of people over your career or orientation.

Overall I would definitely recommend this to anyone who enjoys yaoi, even only occasionally.

It was a unique story that's for sure.

The plot was intriguing. The characters were deep. I like the art as well. I cried a few times too. I didn't like how they separated n how Ed blamed Glenn for everything. I know how that feels though. Sometimes when I'm angry I say stuff I didn't mean or some stuff which isn't even true just to hurt the other person. So I really felt bad for Glenn. Yeah. He was at fault but not for everything.

I like there overall relationship progression though. They each had their hardships. Ed had to work as an escorts. But they overcome it and turned out stronger.

One thing I deduct from this is Chang and Ed could have been in an relationship since there were teenagers if Chang had not messed everything up. I guess he simply didn't know how to love.

I had difficulty in Reading some of the part.

Overall it was a good read.

imma be blunt, the beginning for me was meh, maybe it was the pacing and how slow it felt because i really started debating whether to drop this or push through but then it got good and then even better and yo TRUST ME it's worth the read.

Story was rather meh for me after only reading 8 chapters....

It just made me feel super awkward plus I hate it when there are sex scenes with people watching (which should be expected from this manga). So I didn't get too far.