Alt title: Rebirth of the Villainess: The Life of Letizia after the Engagement Annulment (Light Novel) 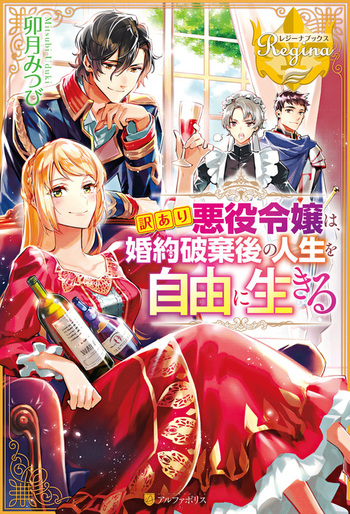 If you're looking for manga similar to Wakeari Akuyaku Reijou wa, Konyaku Hakigo no Jinsei wo Jiyuu ni Ikiru (Light Novel), you might like these titles.

Once upon a time, there was a swordsman who wielded the sword, lived by the sword, and died by the sword, but was reborn as Fay Hanse Diestburg, the third prince of the kingdom of Diestburg. Wanting to distance himself from his past life where he lived as if possessed by the sword, Fay decided to just lead a life of a wastrel, earning the nickname: “Trash Prince”. However, one day, because of a pact with the neighboring kingdom’s Afillis royal house, Fay is sent to war, leading reinforcement troops. On the battlefield, Fay witnesses a scene of despair, as the “Hero”, an existence possessing power rivaling tens of thousands, ravaged the battlefield. Fay considered returning to the kingdom, but a certain knight’s death manages to shake his heart, thus he decided to wield the sword once again — the legend of the strongest lazy prince begins!

Nice to meet you, I am Ellen, the daughter of the queen of the spirits (with the past life of a human). While attending school to broaden my horizons, I discovered a trapped great spirit! Beginning with my mother, all of us spirits staged a dramatic rescue! In addition, the secret of my reincarnation was revealed…!?

Having wandered the borders of life and death because my younger sister lost control of her magic, I remembered that this world was the otome game 「Sparkle like a Jewel」. And I, Langlease Jackberry, am the villainess’ brother.I want to evade the destiny of destruction that I remembered. I’ll watch over my cute younger sister so that she’ll become an ordinary girl instead of a villainess, and at the very least avert her death!

Midori no Mahou to Kaori no Tsukaite (Light Novel)