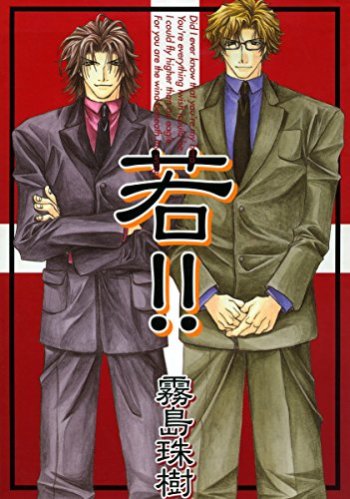 Noa, the 10th generation of the Himejougumi who is feared as the "wicked princess" has a big crush on her bodyguard, Susumu. But one day, she picks up something that was on the side of the road...?!

When his family dojo is forcibly taken by Yakuza due to his debt Yachiyomaru with his bodyguard Burai An stand against them in order to retrieve it! Before they know it, in prevailing over trials one after another, a deep affection is born between them...!

Tanuki, a suicidal law consultant, shares an unlikely friendship with Asagi, who is half-immersed in the underworld. But when Asagi's niece, Towako, has a hit put out on her by the yakuza, they get caught up in a game of life and death...! The world-weary men find redemption in their efforts to protect one girl....

Daiki Sakura was put in charge of "Moderate", a bar owned by the Wakagashira of the Sakaki group."This world of mine, as a bartender, and the world Tatsumi lives in will never intertwine..." Trying to ease his worries, Daiki seeks comfort in Tatsumi's arms, but...

Touma, the next in line to succeed as the head of the Hyuga Group, spends his days beating up street punks and chasing after pretty women. However, everything changes when his father, the head of the group, assigns him a new bodyguard. His bodyguard proclaims: "I am ready to sacrifice my everything for you no matter what the cost," yet what is he hiding from the young master?

Himawari Sakura's father has passed away and she has inherited all of the yakuza organization. To protect her, Iwama Chibaki (a man with a distorted past) gets hired.