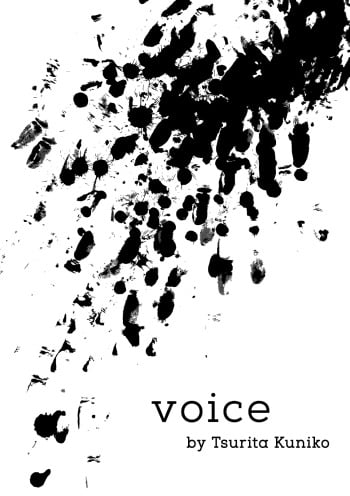 I realize it's difficult to visually portray a non-thing, but I don't think it's helpful to claim this person is just a voice but then use a silhouette to represent fem. To be fair though, they only did that for a few panels and the rest of this person's portrayals were just dialogue boxes portraying feir voice. Reading this, you definitely get the impression that the author was trying to play around with philosophical abstractions in story form, though they're just vague half-ideas and not actually insightful or even clear. It touches on how ownership is determined, the tension between social customs and personal autonomy, the power struggle within interpersonal relationships, and how self-awareness and mental activity relate to existence and personhood.

In the artwork, I noticed several places (the shading and the hair, for example) where there are a lot of parallel lines which I assume were drawn individually by hand because they're often not exactly straight. Everything is black, white, or gray with those simple hatchmarks or other lines for some additional texture here and there. I imagine the designs on the headboard of the bed and the chairs were done with screentones. It's pretty basic and undetailed. The household items are drawn well enough, but the perspectives and angles sometimes feel a little bit off (in addition to the books and stuff sometimes looking sloppy). The artist also failed to redraw the one character's hair in a consistent manner, so it ended up shifting a bit from panel to panel.