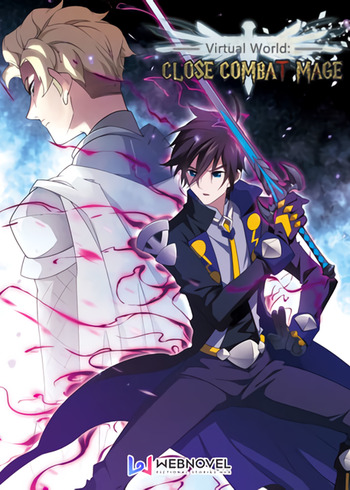 If you're looking for manga similar to Virtual World: Close Combat Mage, you might like these titles.

Both are fun to read. Both have harem. Both are Op Due to to training

In the year 2001, in the world of an MMO, Lin Jia and his friends were just getting started in the game when they found themselves as the cause of various incidents, from their IDs turning red from killing too many players, opening hidden treasure maps, all the way to unlocking the ultimate equipment: Trident. Their reputations were well known throughout the MMO and the rare equipment they harvested were sold for a pretty penny at the auction. However the good days did not last long. Lin Jia’s equipment was destroyed one day, and when he quickly retrieved it, a newbie tried to rob him only to get robbed by Lin Jia. This resulted in an ultimate equipment, one that would denote just how bad his luck was now, the much revered suit of a toad.

Feng Xiao is on a journey through the world of "Martial Artist Jianghu", trying to just explore the game. But he must deal with all the extra junk that goes with playing any video game first. Will the game ever go his way?

Jun Xie was the number one assassin in modern earth. His skills and knowledge in the field of assassination were unparalleled, his accomplishments unprecedented, his reputation terrified the entire underworld. However, during a mission to retrieve a mystical treasure, a mishap occurred… He is now Jun Moxie, a sixteen year old super level debauchee, sole heir to the declining Jun family. A family of valiant heroes, left with an old grandpa, a crippled uncle and a debauchee as the sole heir! Accepting the world’s criticism and cold stares with a smile, his new journey begins! His life will be carved by his own will! Rise to the top! Evil Monarch Jun Xie!

In the post-civilization era, earth anomalies occurred frequently, and strange fruits appeared in famous mountains and rivers. Chu Feng, a college student, stumbled into the bronze Kunlun Mountains during a broken love trip, awakened the Supreme King's bloodline unexpectedly as the earth revived, and opened the way to dominate the practice!

Su Yun was a prodigy, blessed by the gods. However, life is never so easy. Soon after reaching 6th stage in spirit novice realm cultivation, his progress stagnated due to incurring a rare medical condition. A few years go by, and Su Yun has spent all his time gambling or drinking, wasting his youth away, but one day everything changes. Qing Er, the only one who stood by him was forced by his clan to be a sacrificial bride to someone she didn’t love, only to be executed by the groom on the wedding night for fleeing. Burning for revenge, he scoured the world for a cure for his rare medical condition from both righteous and villainous side...

There's an ancient saying in the Great Ruins, a place abandoned by the Gods, "Don't go outside when it's dark". In Great Ruins, the old, ill, weak and disabled elders of Disabled Elderly Village picked up an infant by the riverside and named him Qin Mu. They raised him up with blood and sweat. That day, when the night fell and the darkness shrouded the Great Ruins, Mu left home..."Be a villain undulating in the spring breeze!" The Blind told him. This marks the beginning of Qin Mu's journey of becoming a villain!

The Ultimate of All Ages

First among the ten martial emperors, Peerless Martial Emperor Gu Feiyang met his demise in the Tiandang mountains. He was reincarnated fifteen years later, as Li Yun Xiao of the Tianshui Nation, and thus began a heaven-defying battlefront with the countless talents of the current generation. Martial arts of the nine heavens and ten divine realms. From then on, the whole world was set ablaze.