Alt titles: How to Fight, Ssaumdoghag 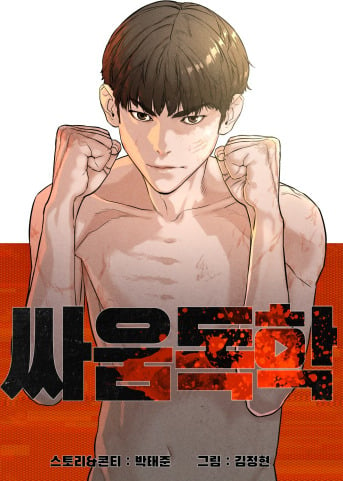 Its really good, at the begining it can be boring but once you get into it its reeally making you addicted. It showed up a lot of problems you can get across in life, similar to Lookism. Character develpoment is insane, artstyle is not really my cup of tea but you can get usd to it.

First of all, the art is nice and I like the expressions. Some of the characters are really funny and some can be stupid but everyone is like that sometimes. I found this cause I was reading Lookism and Lookism is really good. Oh yeah i also really like the stories of each character, especially Taehoon's story T-T. I personally, love How to Fight or Viral Hit.

Tbh I really liked this manhwa at first and read over 100 chapters, but it kinda feels like it's just being dragged out atp. Some of the scenes literally last so many chapters to the point where you start to get bored of it, which is what's happening rn. It's a great manhwa if you have the patience to read it though!

2-calling out the bully

7-mc's gf her friend is that mma boxer

13-mc's bf introduced (not real but I ship them)

Looks like this manhwa went straight into the gutter. I like Wind Breaker and Lookism. Wind Breaker has badass females. Lookism is meh in the romance. His surroundings are more involved in romance. This mc straight out went to someone that looks like is going to college and not highschool. Female lead is boring af. There is no spark. There is literally nothing there aside him being the awkward small supposed to be weak frame and her being a bombshell babe. Worst it, everyone looks at them to magnify beauty. She doesn't comfort him, and acts angry when he got beaten. Wind Breaker has even more feel to it and so did Lookism. Those were truly nice and I had hope. Aside me being a yaoi shipper. I love Horror, action, suspsense without romance involved. I can make connections myself or write fanfic but what they did with the mc and fl is outrageous.

The closet that helped the mc get a strong strangle like grip has more connection with the mc than the mc with the fl.