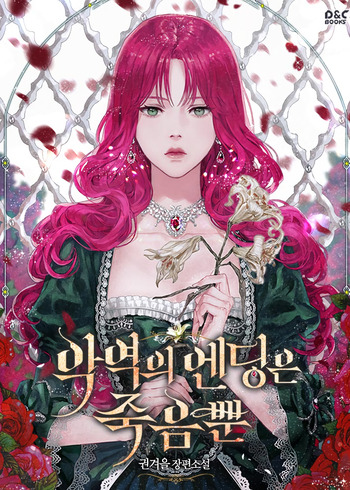 i love this novel

I read the manhwa before reading the translated novel and i love this series so much! That's all i wanna say I definitely recommend this anyone who likes to read the otome reincarnated as a villainess/ect. genre!

Just binge-read the whole novel in 2 days, the story is addictive if this is your cup of tea (read a bunch of reviews complaining that this is a cliche story, doesn't apply to me because I loved it).

Story: I really liked the pacing of the whole novel, not too rushed, not too draggy. There's also a decent number of side story chapters and I really liked them. I was overall satisfied with the ending as it wasn't an absurd "let's go with the ending that caters to fans", but something that fit with the whole flow of the novel. I cried quite a bit here and there because I'm an emotional wreck that feels for fictional characters/emotional scenes :P

Characters: I gave it a rating of 6 for a reason, whch I will not go into details as I do not want to include too many spoilers. I'm kinda sad that some characters did not have much character development. What I really liked was FL not being a typical soft-hearted woman, but one that keeps her experiences engraved in her mind. In a story filled with emotional abuse, there were quite a few heartwarming scenes with the other characters.

Art: The only art I've seen are those of the FL and MLs and I felt that they were beautiful - a 10/10, but as this is a novel and not a manhwa, I've excluded it from the ratings.

how tf to read

i m here to read this novel

I'm loving this novel, I've read up to chapter 105, but it's a pity it has stopped being translated.

The story is really good, and I feels it is different from other isekais, it is darker and deeper. We are going to see a lot of character development, which is great.

I would definitely recommend the novel over the manhwa, it is darker and the descriptions are way better (of course though, it's written). So if you're gonna read something first, let it be the novel and later go to read the manhwa. That's all o have to say.

Now if you've read up to here, the novel was being translated in novel updates by some groups, but I think because of the hinting recently they've taken down a lot of korean novels. This one included. I'm not sure you'll be able to find it translated (not even if it was stolen because I don't think anybody stole it) but you can try looking for it. I also look forwards to it being translated onces again.