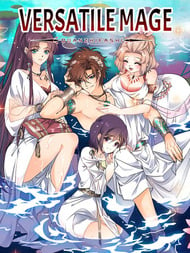 Oh boy, if you get past the first 30 or so chapters, you might find this enjoyable. Even then, it's still a 5 or 6/10. 'Spoilers,' loosly defined, for the first 4 chapters. The below are examples which persist in new mutated forms throught the book. The story. There's nothing unique about it, so it's up to the plot and worldbuilding to pick it up. The plot is fairly generic, the concept of a secret organization that for some reason has dedicated membored bent of destruction despite a zero-witness policy and terrible goals with no good reason. It executes on this like any other similar series. The worldbuilding is below average, I'd say worse than other urban fantasies. The author makes a half-wit effort to make a good world. Like many average writers, there's no consideration for how the magic system will impact education. No consideration for how magical beasts will impact an urbanized society. No consideration for how individual strength rivalling ten or a hundred thousand men will affect a democracy. The author's attempt is limited to how accidents are fixed, how electronics now work with magic, and that's it. A dedicated bit which brings the reader's focus on it, but not enough effort for the reader to enjoy it. The thing which sticks out the most, however, is how the main character gets by in the beginning. You would think that in such an advanced world, magic, like physical strength and skill, would be foregone in favor of universities teaching the application of magic, the aquisition of magic, and specialization of magic in very specific fields (or at least an implication). What the author does instead, is completely make university pointless. There was a book with only the text that said something like, 'meditate to strengthen magic. Control magic by concentrating,' and that was EVERYTHING. The main character had terrible grades in both lives, yet because of his innate magic skill, he had the standing of a gold-metal olympian, except instead of going to a limit that even a normal man can see, he shows the ability to shock multiple people, likely able to defeat 10-20 men 6 months after awakening. The knowledge he was meant to learn because useless in the form of bs god-given talent. The art feels off. As if a frame from an anime were used, it feels hastily drawn.  The characters are the same, given very little effort. The main character has a fairly likable personality, but other parts drive the score down to 3. He starts of in meloncholy at his life, studying in a good highschool depite being untalented. In the other world, he places his faith into his awakening and, as stated previously, is lucky enough to get a super powerful talent. Yet for some reason, his classmates care about grades despite this, which leads to 'villains.' They suck. one dimensional narcissists.  The first is someone who's supposed to be smart and liked by the class, yet acts in the mannar of someone above the law and above criticism. The second is someone who assaults cripples in broad daylight, in an urban city, a place previously filled with flying commuters and pedestrians, so conveniently devoid of witnesses. The secret organization does make it go from a 2 to a 3, since medeocre is better than straight-up bad. From what I can see, the author does improve further on. I suggest reading from chapters 70-100, for a 5/10 read.

I actually didn't think I would ever read the manga since I used to be an anime only person, but oh my god the manga version of Quanzhi Fashi is ten times better than the anime version. The story is good, the characters are amazing, and the overall manga is superb. It's definitely in my top 3 favorite manga of all time, I would even consider this to be my favorite manga, even over Solo Leveling, as it has 440+ chapters on the day that I'm releasing this review, meaning it's much longer and eye-capturing to read since there's always a few chapters after a week to read. I would suggest reading this with a lot of chapters at once though, because if you read only one chapter at a time, each chapter is somewhat medium length and has cliff-hangers, but DEFINITELY ONE OF THE BEST MANGA of all time. Just give it a chance.

If you are looking for SERIOUS entertainment, then this is not for you. I read the first 15 chapters, and It was omega boring. I LOVE stories about stuff where it's common to have special powers, but this was just terrible. The world just changes the entire course of history, which literally makes 0 sense. The characters are all super cliche, and so uninteresting. Everything just felt so long, and entertaining. If you looking for a monkey-brain read, then give this a go, but even then, it's still terrible. 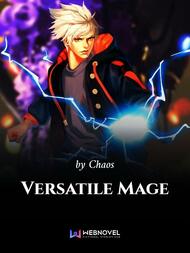