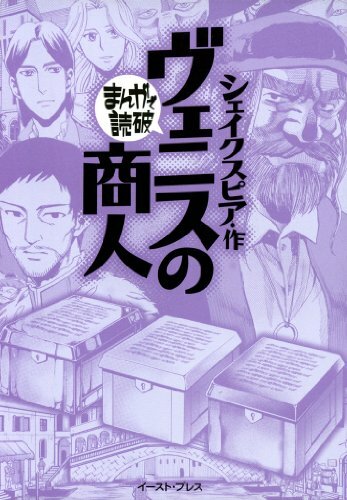 If you're looking for anime similar to Venice no Shounin: Manga de Dokuha, you might like these titles.

Enrico is a high school boy who lives with his family in Torino. When the new semester starts Enrico finds out that his favorite teacher is replaced with a strict teacher. Enrico and his class mates while dealing with the challenges of their personal life , try to get along with the new teacher.

The new story takes place in Italy and San Marino, and features a blue-jacketed Lupin in his 20’s. Lupin the 3rd follows the escapades and adventures of master thief Arsene Lupin III, a brilliant thief who has been able to carry off heists no one ever thought possible. Although he has been arrested and jailed on multiple occasions, he has always managed to escape.

In the year 360 BC, when Melos left Syracuse, all he was after was a ceremonial sword for his sister's wedding. Once there, however, he received much more than he bargained for: a charge of treason against the king, and an execution date in 3 days. Wanting only to return to the village to see the wedding, the aloof Melos thus accepted a deal: his friend Celine would take his place and be executed if Melos did not return in time. Now, with only 3 days and countless obstacles in his way, he must run with all his might to return and save the life of his noble friend before he is executed...

Galilei Donna follows the three Ferrari sisters who are descendents of the astronomer, Galileo Galilei. The year is 2061 and the world is in the grips of another ice age. With a mysterious organization hunting them down and searching for the “Galilei Donna”, the three sisters must work together to fight against the organization and discover their true destinies.

Giorno Giovanna is a young man that lives in Naples and is the son of DIO, the nemesis of the Joestar family. When he was younger, he was oppressed and started acting out, but one day, he saved a gang member and then learned how to trust people. Bizarrely, he never forgot that and learned how to be respectful with  his own gang that straightened him out. That’s also how he started aspiring to become a Gang-Star. Now fifteen, Giorno gets in trouble with the gang Passione, which controls the Italian mafia underworld, and now, he’s being targeted.

A proud bath architect in ancient Rome starts randomly surfacing in present-day Japan, where he's inspired by the many bathing innovations he finds.