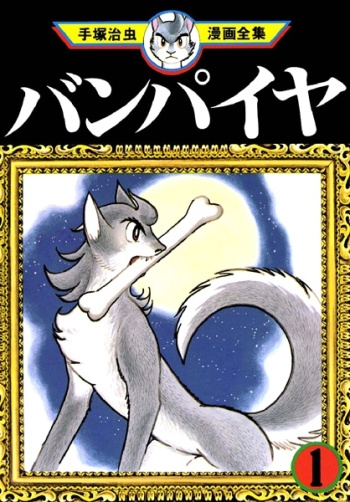 If people who turn into animals really existed in the modern world, how would they behave? This book gives some realistic, yet unexpected, answers. Nobody is a complete good guy or bad guy--every character is a complex figure, and even the bad guys have some very good reasons for what they do. Leo is an innocent caught in the midst of it all, but nothing like the "helpless killer" stereotype of American werewolf movies--he is a person in control of his own powers, trying to decide what to do with his life now that so much has changed.

Mahiru Shiraishi is a relatively average high school girl with just one drawback: she's very unlucky. In fact, her luck seems to transfer from her to any person she touches, much to her dismay. Mahiru often has dreams that soon become a reality when a clan from the Lunar Race recruits her; they are the Moonlight Bandits, and they're on the hunt for Teardrops of the Moon - their source of energy. Now, it's up to Mahiru to make the decision she knows she must: stay with her friends and family or sew up the tattered relations between human and demon?

Until the Full Moon

After ten years apart, aristocratic vampires and childhood friends Marlo and David are back together– as fiancés! Being half werewolf and half vampire, Marlo undergoes a peculiar transformation, becoming a woman rather than a beast under the full moon. So there's no problem for a wedding and David's womanizing fangs– right?

There's Roh the werewolf, Tohru the transparent human, and Koh the vampire. What on earth will happen to Maria now that she has come to live in the same house with these three strange cousins?

Kindan no Koi wo Shiyou

Hisako was saved from a drunkard by a wolf. She decides to adopt the beautiful, and entrancing creature, but Hisako's new pet turns into a fine-looking guy! Somehow his entrancing eyes remain in her mind...