Alt title: Time of the Quail 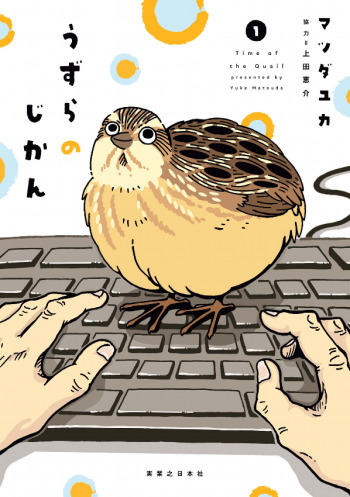 Follows the daily life of a group of birds, including a duck, an old nihilistic great grey owl, and a gluttonous Caique parrot.

A cute collection of tiny stories featuring a cheeky girl, Sammy, and the cheerful crow, Onokoro!

One day, a young woman named Kimiko meets a little lost bird named Pippira. Living with the little bird becomes a series of surprises and discoveries. Before long this little happiness becomes, to Kimiko, an irreplacable treasure in her day to day life.