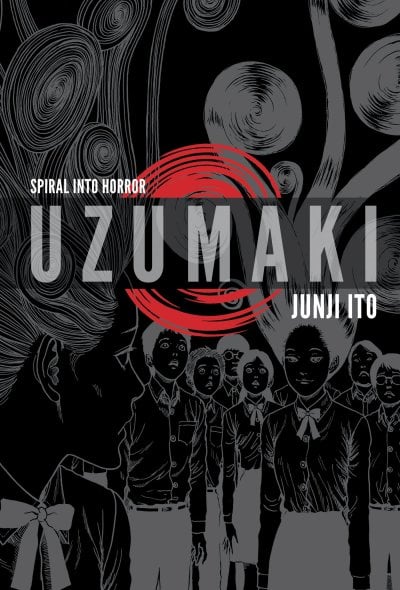 Story 7.5/10Now, I haven't read all that much manga in comparison to the anime I've watched, but I love horror in all its forms. On sothis' recommendation, I picked up Uzumaki and could not stop until I reached the grim, grim end. One of the delicious differences between Japanese and American tales of this type is the pervasion of atmosphere so integral to the Asian concepts of fear, and Junji Itou brings it in spades.Through its escalating set of vignettes, Uzumaki paints a picture of a town and population descending into madness. Nearly all of Itou's little stories could be considered fables, as each one focuses on a few central people affected by the spiral phenomenon slowly engulfing the town. While none of the characters seem original at first glace, the mangaka's disturbing and inevitable logic transforms each one into a horrifying harbinger of events to come.Unlike Gyo, where the visuals and unoriginal plot escalate the camp of the series, Uzumaki's mystery and increasingly strange events draw the reader deeper into the world of Kurozu-cho like the grip of the almighty spiral that dominates the work. However, some of the entries mess with the pacing a little, and the final chapters leading up to the "twisted" conclusion don't inspire the same morbid fascination as "Mosquito", "Medusa", and "The Scar".Art 9.5/10Uzumaki's harrowing visuals carry the manga, no two ways about it. More so than in Gyo (GASHUNK!), Itou juxtaposes beauty, both human and natural with the horrific transformations that dominate the work's pages. Kirie's fair features contrast the grotesque surroundings and events so starkly her face alone moves the readers to fear for her. Similarly, Shuichi's descent into dark-eyed terror and paranoia stands at odds with the almost ecstatic expressions and attitudes of the manga's victims.Of course, it's the grotesque that defines this work. Itou's monsters and bizarre mutations deliver some shocking thrills, even when the reader can guess what a particular image might hold (see the end of "The Spiral Obsession Part 1"). The mangaka's endless inventiveness in twisting each character and scene to its utmost keeps his audience coming back to see what terrifying visage he'll bring to each chapter. In addition, he possesses an astute eye for cinematographic technique. In "Medusa", "Mosquito", and "The Spiral Obsession Part 1" he shrinks the focus to show us the finer details of human transformation; In contrast, he widens the scene in "The Firing Effect", "The Umbilical Cord", and "Labyrinth" to lay bare the true scope of the horror taking over the town.Characters 6.5/10If there is a weakness here, it comes from the characters. Itou's love-letter to Kurozu-cho could care less about characterization because the events here overshadow their victims. Shuichi starts to sound like a broken record by the middle of the first volume, and Kirie--while adorable and sympathetic--shows all of the depth of your average horror-tale-heroine. Despite being drawn attractively, the secondary characters can all be boiled down to one or two traits, identifiable long enough to define their relationship to the town's spiral obsession.Overall 8.5/10This manga grabs hold and does not let go. From the first feelings of unease to the final, fantastic layout, Uzumaki drips with horror and ineffable, twisted atmosphere. If you're a fan of the genre, this one will sit atop any must-read list, and anyone with enough fortitude to stomach the visuals owes his or herself a trip to Kurozu-cho. In this work, Junji Itou turns the benign and slightly mysterious into the grotesque and terrifying.

Story: I will never look at spirals the same way again, and never did after reading this. Or snails. Or hospitals. Quite frankly, this is some disturbing shit. It doesn't simply create a shock scare or two, you see it gradually going to shit, the transformations of the spiral, the horror that is right there infront of you. It doesn't shirk on that front and that just makes it even more chilling.Bone-chilling, as some of the chapters are simply nightmarish. Transformation body horrors first and foremost, with some blood mixed in for good measure and a dose of Vitamin Die. Too many chapters to list, but it's filled with varying degrees of mind-scarring disturbiness. The price is that sometimes, it doesn't work and a great chapter can be followed by a lesser one. The author isn't shooting the head with all six shots of the revolver; some miss the killshot and tickle a bone or just a mere graze.I'm only talking about the horror because that's why you're here. The premise of spirals fucking everything up is neat and all but the horror, body disfigurement and all the weird shit the mangaka came up with are the main attractions. You aren't here for much else, so horror or take the next bus to shounen town.Art: To compliment the horror is equally horrific art, in the good sense. It may be a tad dated but it still presents the horrors within this cursed town. The curse of the spirals manifests itself in many ways, horrible and disturbing. Outside of that, things are fine and dandy but not... as eyegrabbing, I guess. Once again, it's the black flowers to the skeletal tree with branches of blood fruit, so to speak. Characters: Kids back then sure were dumb. Once that freaky shit started up, I would have fucking gotten the fuck out of there, just run and never look back. That's what she should have done, but crazy shit keeps on happening to her and she still stays there, alive, relatively unharmed compared to other poor saps. But you can't help but feel sorry for her, despite her inability to be genre-savvy enough to get the fuck out. And there's the guy, who might have been a bit smarter but still dumb enough to stick around. Gah! You aren't here for the characters! It's the events that they're put through that you're here for! Know what? I'm wrapping this up. Overall: Some damn good stuff. Disturbing, creepy, unsettling and one of the most fine ass endings I could hope for in a horror manga. It's worth getting some brain bleach for your poor mind just for the ending.

I read this a LONG time ago, but it is always fresh in my mind. I will not be going into complete detail on the story, or the characters, but will review points in a more general sense.Uzumaki was awesome. I began reading it with no real expectations. I mean c'mon a manga where people become obsessed with spirals? What's the appeal? This anime becomes terrifying, and the art (which is perfect in so many ways) makes it a horrific and intense experince.The manga mainly followed one character, but also the one's who became obsessed. Sadly the manga begins to lose some appeal because it is not convincing enough to draw you in per se, it seems sort of fake at times. It isn't bad enough to take away from the manga, but it could have been better in that respect. In short, Uzumaki was great. The art was perfect, the story was interesting, and even the characters were interesting. The truth, the ending, and all things that happen in the manga  are just great. I read this on a whim almost, and found myself enthralled with Uzumaki and it's story. I would recommend it and say it is worth the read.Thanks for reading. 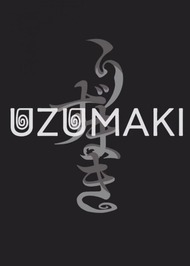