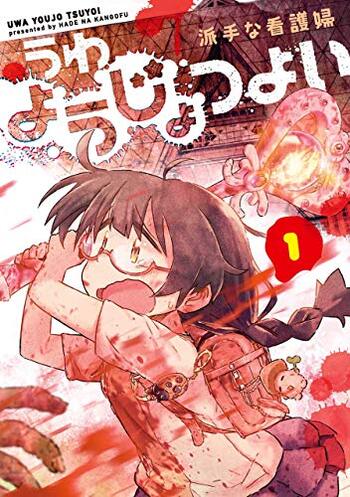 There's aliens about, lurking just outta plain sight. Most of them are regular folks, but some? Some are criminal. Enter Interstellar Immigration, Tokyo's finest cosmic border patrol team. They bust their asses on the daily to keep planet earth safe. Thus the spotlight falls upon the story of two high school girls, Lein and Ann, as they kick ass, hunt down illegal aliens, and look great doing it! Buckle up for bombastic sci-fi action with a twist!

Hikaru Takabe is an anti-social young girl who wants nothing more than to be left alone. One night, while on a school trip, she goes to the beach when suddenly a meteor falls from the sky killing her instantly. The next thing she knows, Hikaru is sitting in class and believes the event from the beach to be nothing more than a daydream. However, when a mysterious voice begins talking directly into her head it informs her that she really did die that night and in order to revive her, the alien presence, known as Horizon, must always reside inside her. However, Horizon also has another purpose for coming to this world; after chasing a malevolent being known as Maelstrom across the universe, his target - which has the power to destroy all creation - sought sanctuary on Earth. Now Hikaru must help Horizon to find Maelstrom hidden amongst the 7 billion people on earth and kill him before it’s too late.

Souya is a sullen salaryman whose days are spent chasing after work deadlines all while still keeping his dream of becoming a manga artist. To him, his one and only support in life is none other than his beloved wife, Yuuka. One day, on his way back home, he was suddenly caught in an accident and before he knew it, an alien had taken hold of his body! Not only that, the evil threat of another alien is closing in on Yuuka too! Here comes Souya as "Otto-man", his superpowered husband form, as he jumps in to save his dearest wife! Have a taste of his love for wife and this world!

Another Earth has been discovered by an astrologer in the US, giving it the name "Jamais Vu". That Earth is soon discovered to be a group of aliens, going around the galaxy before arriving in the actual Earth to kill people and appear like them.

This is the tale of a boy whose mother was killed in a meteor strike on their island home 6 months ago – something everyone knows was the crashing of an alien ship but no one will confirm – who one day quite literally has a girl drop out of the sky on him. She at first takes him hostage from people hunting her but it eventually comes out that she’s from outer space and if there’s one thing that this boy’s mother taught him, it is to NOT leave a damsel in distress…