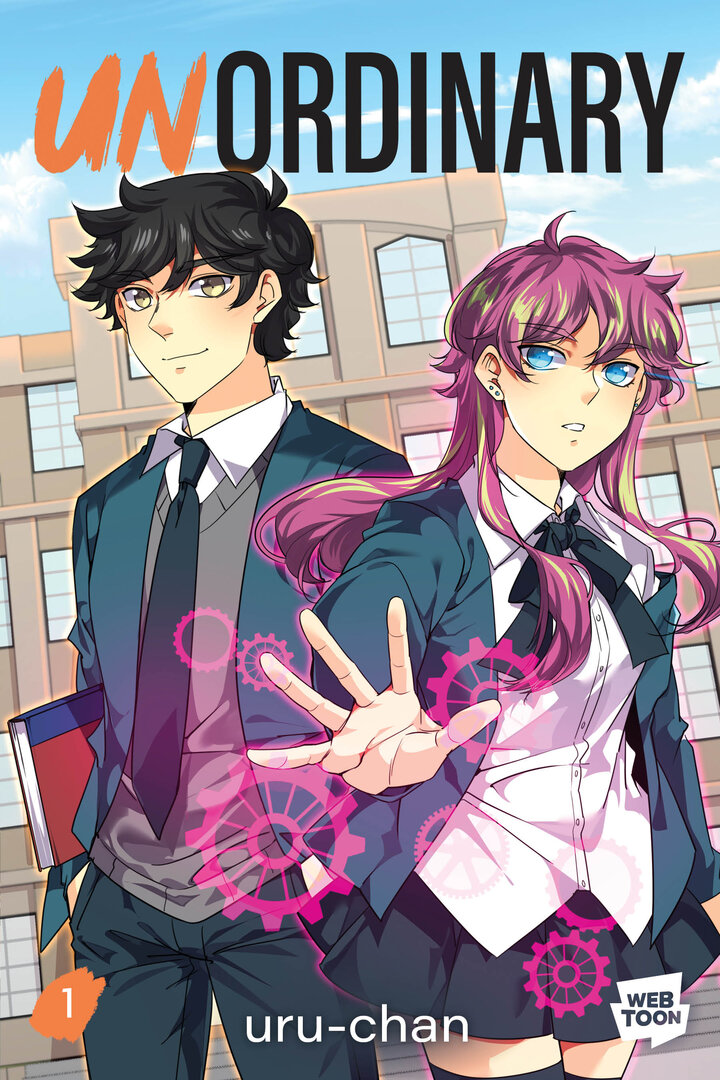 The world is not perfect. Learning to deal with its flaws is just a normal part of life. But there comes a point where these imperfections spawn a crushing realization... that something needs to change...

Honestly when I was thinking about reading this I thought it was just going to be an ok Webtoon but I absolutely adored every piece of the characters and story. While the story had a somewhat slow start once John first used his powers you began to see his decline. He refused to use his powers at all until he was betrayed again and he snapped. After he first used his powers more and more issues began to occur. Also every single character was incredibly well done and while you may begin to like characters no one is a pure good character. John with his attack against the royals, Arlo caused John to snap after betraying his kindness and attacking him and then ignored the issues for a while, Sera and her previous neglect/uncaring for the weaker students to the point of not even remembering a classmate, Heck even Claire who hasn't even shown up in anything other than flash backs has was a well thought character and played a large role with her betrayal and also causing John to refuse to use his powers until Arlo made him snap. The characters are amazing the story is amazing and I can't wait for Season 2 in late November. This was truly amazing thank you Uru-chan for making this.

i dont get all the fan fair about this webton. This story could be some much better if it didnt dwaddle on repetative conversations between characters over the same shit. Becasue of this the stories progression is at a snails pace. it has sooooooooo many long conversations about the same thing over an over again. it also has all these multiple threw stories which they just start, then leave to the wayside which the author hasnt touch back on for 30 chapters or more. It reminds me of a webtoon version of an MTV/ CW supernatural show.

the other reviews.. i feel the need to defend this manga/webtoon so here i go.  There are spoilers but literally all the other ones also have spoilers Story In my point of view, this story can be broken down in two parts Boy lives in a world where people have powers.  Obviously there is a huge rift between the high tiers and the low tiers.  So our MC is called John, who is apparently crippled (as in he has no powers).  He befriends a high tier, called seraphina.  Basically, at first, its about a cripple trying to survive such an unfair world.   I feel that this webtoon expresses it very realistically, there will awlays be a hierachy when one person is better than others, whether through riches, status or, in this example, powers.  As he tries to survive, he has to deal with everything.   I personally really loved that, the idea of someone having to survive in a harsh and cruel world with a bunch of assholes  asslos surrounding him.  Story premise is very unique. The second part We find out that John is actually REALLY powerful.  He got expelled for beating about half his class up.  He wanted to change, but because of some events, he reverts back to his old self.  This is where the reviewers got angry.  The MC becomes a villain, while the antoganist starts becoming the "good guy".  Everyone is triggered that John is being stupid and should wake up, but he can't.  He clearly has some mental issues that need proffessional help.  So he cannot see reasons like we can.  This is extremly realistic.  Not to mention he is traumatized.  Personally the story gets even more interesting this way. This gives room for character evoluation for Arlo, Remi, Blyke and other high tiers.  This could put an end to the so called perfect hierchy.  This is a guess, but i think most people went into this story wanting a laid back simple high school drama.  This is clearly something diffrent.  So to enjoy this story, you have to read it with the mindste that it is NOT a high school drama, it is about the unfairness of the society they live in. Art I have seen many people complain how bad the art is and i am geniunly confused.  it is beautiful.  The colour palettes compliments the drawings.  If you really do find the art sloppy, than just keep reading and ignore the art and eventually you will be used to it.  It isn't much of a sacrafic considering you will get a gift of a beautiful story. Characters This webtoon has the single best character change throughout the story. I think one of the most notable character evoluation is Arlo.  A huge Asslo to John, trying to keep the hierchy perfect.  We, as readers, learn to empathize with him when we remember the world he lives in.  Arlo also wakes up and realises that he had made some BIG mistakes in his methods and proceeds to try and fix it.   I think people don't like this because in a more stereotypical story, the antagonist will alwyas remain the antagonist.  Again, this isn't a normal basic storyline.   John.  The main problem everyone has.  Used to be a cute cinnamonbun but now is a psycho.  Some people are angry since they got so connected with this character, only to have him turn a 360.  This alone proves how good this story is.  Not every story can make you love a character this much.   Overall In the end, it is an opinion.  But what i don't want is for new readers to be put off by all the bad reviews on Unordinary.  It is a good one, i promise.  PLease try to read it.  I assume now that you have read all teh reviews, you know what is in store for you so please just try.