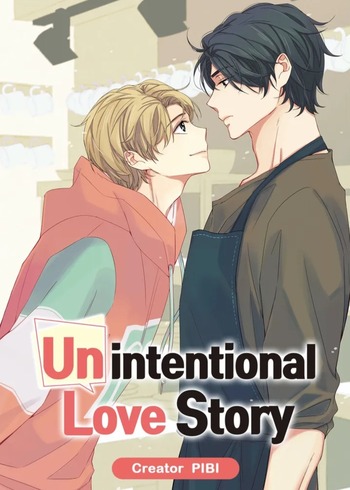 Every day of Giovanni’s life has been cold. Despite scorching summers, sunny springs, despite being the president of an uber rich company, he is incapable of feeling warmth, numb to it all. Then, he met Felix. Shy and seemingly innocent, Felix’s touch is the first heat Giovanni’s felt in a lifetime. Lust or love, Giovanni hires him as his personal bodyguard, but are Felix’s true motives so warmhearted?

It had that tense vibe of hiding something from someone you don't intend to love but eventually fall for. And trying to figure out how to reveal their intentions but fearing the possibility of hurting the person they have fallen for because of the lie.

Iro wo mo Kaori wo mo

Amano Kaguya, a blind incense maker, is approached by Igarashi Jin, a hotel manager, to create some complex combinational incenses for his hotel. Unfortunately, as fate would have it, he finds out that Jin is also the son of the man responsible for the deaths of his parents and his blindness. To make matters even more complicated, Kaguya recognizes Jin’s scent as the boy he fell in love with during childhood. Under the strong assault of Jin’s male scent, the confused Kaguya can’t seem to resist Jin’s forceful advances. Will Kaguya lose both his heart and body this time?

Daycare teacher Yui doesn’t really like Rei’s super young daddy, Asagi. But after learning that 24-7 idiotically smiling Asagi is actually a kind and responsible daddy, Yui becomes conscious of Asagi. One day, Asagi collapses with a high fever and Yui comes over to tend to him. Yui ends up kissing Asagi who says in his fever, “stay with me, Yui.” But soon Yui is shocked to find out from Rei that Rei’s mother’s name is also “Yui.”

I thought it would go well for you and me from here on after. "Let's pretend it never happened. From the very beginning." Ono Shizuka is a baker who got into an argument with his partner Sakai and fell off the stairs. The accident caused him to forget about Sakai entirely. However, he now is very interested in the beautiful but lonely man.

The serious Ito and the child-like Nishi meet by chance during a single player game of “White Line Game” on the way home from school. Falling in-love, Ito gets frustrated over the fact that they only get to rendezvous on the white line and suddenly kisses Nishi. From high school, college and then to adulthood… the deeply moving lives of two men who are madly in love with unchanging feelings within changing realities.

Sakura, who continues to live alone even after reaching the age of 30, decides to marry in order to reassure his parents. But the truth is… he’s an otomen who likes cute stuff and is a closet gay man. Keeping these circumstances hidden, he goes to a marriage counselor and reunites with his younger childhood friend Yuusuke by chance.