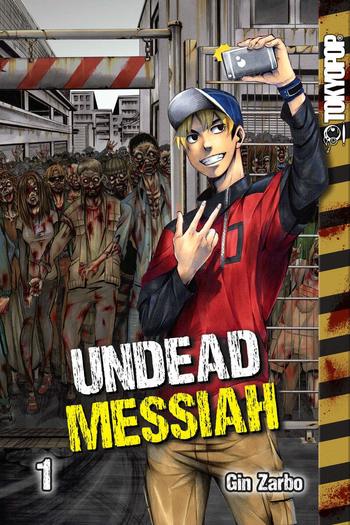 Look it may be not original to have a “risk taker” of a protagonist and an edgy villian in an action type of story but listen, if the story is decent, then it does the job at making you want to see what happens next. Undead Messiah is definitely one of the decent reads I personally clicked with and as some people know, it is god damn hard at times to find a good read while reading so much manga lol!

The character development was good like everyone involved was pretty likeable and not annoying for a change. The art is pretty good with showing the MC kicking zombie butt as well as fighting against edgy doctor himself, Ritch from time to time.

I was worried that the story would rush badly with 19 chapters involved but I felt with the amount of action that Gin-San has given us, it was actually enough to cover enough of the story. I mean if the author does plan to do more volumes or a sequel of the manga in the future, I would think it’s best to conclude to ending up to chapter 19 only.

Aw man this is so good i just finished it in one sitting. Main character is very relateable and he has same knowledge as all of us zombie movie and games otakus. The female character is also well written she is not annoying as in most of the mangas now a days and all character are well flushed out. The villain of this manga is a bit dissapointing his design is very cool but he is very predictable. Everything he does you can guess 1 chapter before it but still it is an awesome zombie manga. Not the best but the cutest♥