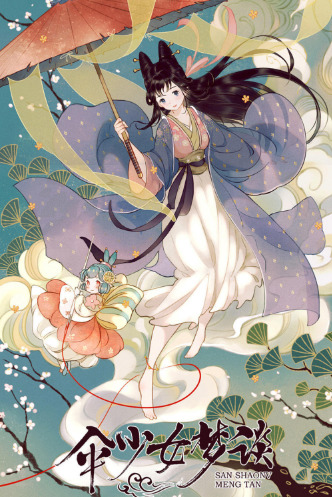 The Chinese tale of the poor young man. His mother married with cruel king of the state and he want to take his mother back. One old man come from the heaven and make his three wishes come true.

In ancient China during the Three Kingdoms era, various powerful warlords are maneuvering to conquer the known realms. After being wiped out due to unforeseen circumstances, the 6th Unit has been reassembled with members from diverse, troubled pasts: the leader and seal practitioner Ooki, the spirit purifier Shunkyou, Teiken, and the demon slayer Shourei.

"The moon will rise and the sun will set. Mulberry bow skip bag is going to destroy the state of Zhou." It was the song of a dynasty's destruction. The story happened in an age of chaos. Overthrowing the tyranny became his only goal. Ghosts, gods, immortals and spirituals beasts went rampant in this turbulent time. Yet nothing could stop him.