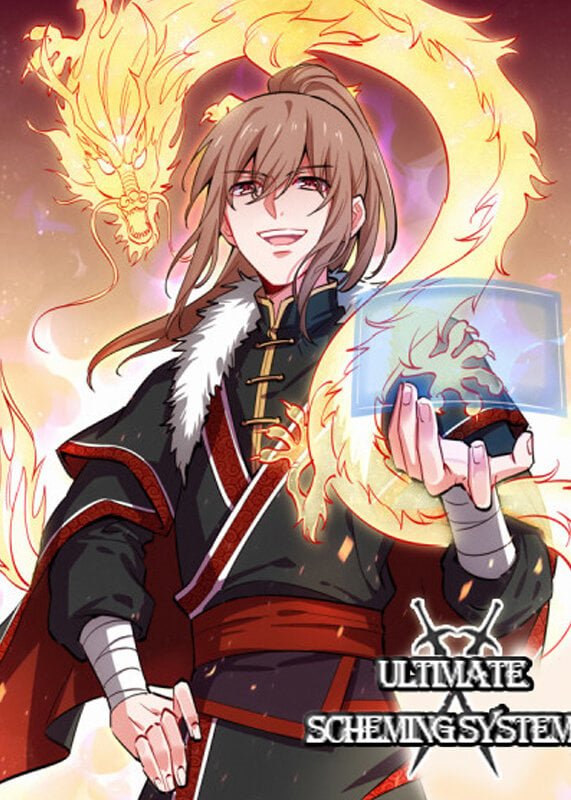 In both the mc recieves a game like system where he is awarded points for completing objectives given by the system.

both the mc's start weak and grow stringer with the system;s help

the main character gets a similar game like screen display from where he can level up and get stronger, also includes a shop and stuff. Both the protagonists start out weak but go op thanks to that special system...

a nice fellow person with culture i see....

but it really is a nice recommendation.

Xia Xi is a shut-in, and she commits suicide after a date with an online "friend" goes horribly wrong. But unexpectedly, she transmigrates into a dating game with countless handsome men to conquer. Watch as this shut-in takes on even the gods themselves!

both are similar though one is male another is female.In both story Mc dies in real world and get tranported another world (similar XianxiaWorld) where they use their own skill system to gain points and use those points buy somthing from system. In GGS it's charm points (by charming guys)  but In  Strongest Anti M.E.T.A. its bluff system (More the people believe in his bluff word more points he gets.

The modern man Yang Rui accidentally became the dean of the Heavenly Emperor's Book Collection-The Celestial Athenaeum. Yang Rui, who pursued the equality of all living beings, decided to broaden his disciples to create a career in the new world…

Both have similararities -RPG like system with Xianxia settings, moreover the Mc transported from Modern world to Xuanhuan (Martial skill) world.Both have similar leveling up and unlock new feature after completing missions .

Jiang Bai was killed in a truck accident when trying to escape from a high risk casino after winning a huge amount of money but instead of dying, his soul was transported into a parallel world that is similar to Earth and merge with his alternate pathetic self. Over there he met the mad god who grant him a powerful BUG ability in this new world. Jiang Bai is now stuck in his alternate world self, who is far weaker and less influential than the original him. Can he make a comeback in this new parallel earth with his new cheat abilities?

Also a nice Charakter with a Cheat system, that uses prestige points. The story plays in a modern world, but ist still gives a good other world feeling, while he makes a lot of enemies and crushes them.

In the aftermath of a car accident, Yang Ning has inexplicably added a set of abilities. He seems to have entered a game-like system. In the real world, there are attributes and tasks, warehouses and shops, and the ability to identify and view antiques. He used this ability to leak in the antiques market and gain dominance. What else will he do? Oh pretty girl. Come and buy my wares! I promise I won't cheat you! Maybe? Shut up system! Don't you dare cheat me too!

Ultimate scheming system provides you with gifts and martial arts manuals in exchange for tough points. Tough points can be earned by acting tough which is the best power for our protagonist. Same concept with metropolotan supremacy system but the points are earned via real money in the world.

With a mysterious energy from a news system called CNNBBC, a common earth boy got a time travel and was reborn in an alien land, where he started his journey to grab the treasure, practice the most powerful martial arts and get to the peak of his life!

Lets just say he cant really lie but still its still entertaining lol both manga use a system ultimate schemin system is based on lieing and boasting while the supreme system is more about news forcasts both are entertaining.

Way To Be The Evil Emperor

The story of Xie Yan, a ridiculously handsome man who fell into the hands of sexy women lusting after his body upon transmigration. To avoid dying from dual-cultivation, he travelled to countless worlds.

Well they both got system and pretty girls. MC is not a pushover and maybe smart and that's what all want....

These manga's are the most adventuring and actioning manga's one can read, if he or she searched these interesting manga's.

If you read from start, i can guarantee that, you can't dislike this two manga's.

Sometimes, a speck of dust can overturn a sea, and a blade of grass can sever the sun, the moon, and the stars. Heroes arise, the races prepare for war, the sages war for dominance, and the world is thrown into turmoil. Who shall rise, and who shall fall?! All things begin as a youth emerges from the wastes...

The World of Immortals, it is the world every mortals long for. For many, it is an eternal glory to cause a spatial distortion and enter the World of Immortals. But the vicissitude of time is simply merciless, the legends regarding immortality had long been forgotten. However, a miracle shall rise once more! An immortal was about to split the space with martial arts and cut all ties with the mortal world. The protagonist, Xiao Chen, was caught up in it and accidentally brought to the World of Immortals. What will they find in the vast world beyond the rift?